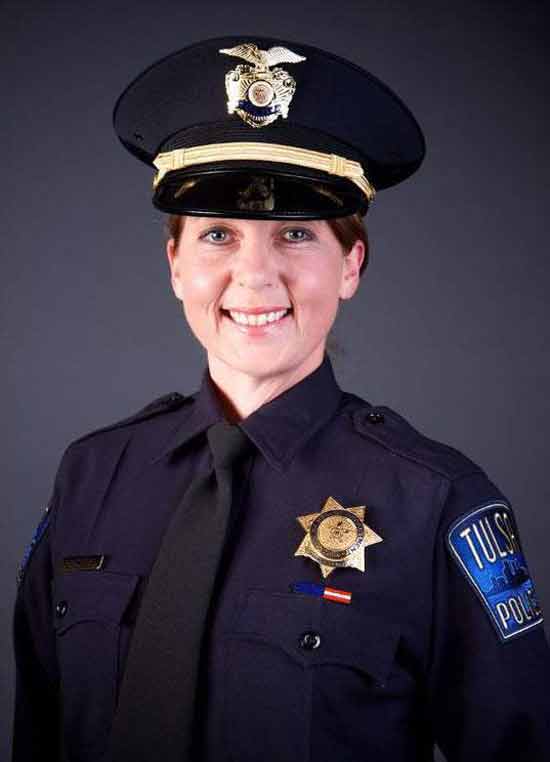 “In the matter of the death of Terence Crutcher, I determined that the filing of the felony crime of manslaughter in the first degree against Tulsa police officer Betty Shelby is warranted,” Kunzweiler said during a press conference. “Officer Shelby, although now charged, is presumed to be innocent until a judge or a jury determines otherwise.”

If convicted, Shelby will face a minimum of four years in prison.

A warrant has been issued for Shelby’s arrest and arrangements have been made for her surrender to the Tulsa County Sheriff’s Department.

On Friday evening, Shelby responded to a call about what appeared to the caller to be an abandoned vehicle parked in the middle of the road. Soon after arriving on the scene, Shelby came in contact with Crutcher, whom she said would not respond to her questions and was mumbling incoherently.

Shelby, who had previous training in drug recognition, thought Crutcher was under the influence of drugs, likely PCP.

Crutcher returned to his vehicle, ignoring multiple commands given by Shelby. By that point, Shelby already had her service weapon drawn and back up officers were en route. As Crutcher neared his SUV, additional officers arrived on the scene.

According to an affidavit filed by Doug Campbell, Chief Investigator with the Tulsa County District Attorney’s Office, Shelby feared for her life as Crutcher reached into the driver’s side window of his SUV. It was then that Shelby shot Crutcher a single time, striking him in his right lung. Crutcher was pronounced dead at the scene.

Campbell noted that Crutcher was wearing baggy clothing and Shelby did not observe a bulge or other physical detail that would indicate he was carrying a weapon. Although PCP was found in Crutcher’s vehicle, no weapon was recovered either on his person or in his SUV. Results of toxicology tests are pending.

“Officer Shelby reacted unreasonably by escalating the situation from a confrontation with Mr. Crutcher, who was not responding to verbal commands and was walking away from her with his hands held up, becoming emotionally involved to the point that she over reacted,” Campbell wrote in the affidavit.

Kunzweiler concluded the press conference by saying: “I do not know why things happen in this world the way they do. We need to pray for wisdom and guidance on each of our respective paths in life. Each of us at the end of our days will have to account for our own actions. The only way I know how to walk my path, is to try every day to pray, and to serve my fellow citizen, so that he or she may be lifted up.”