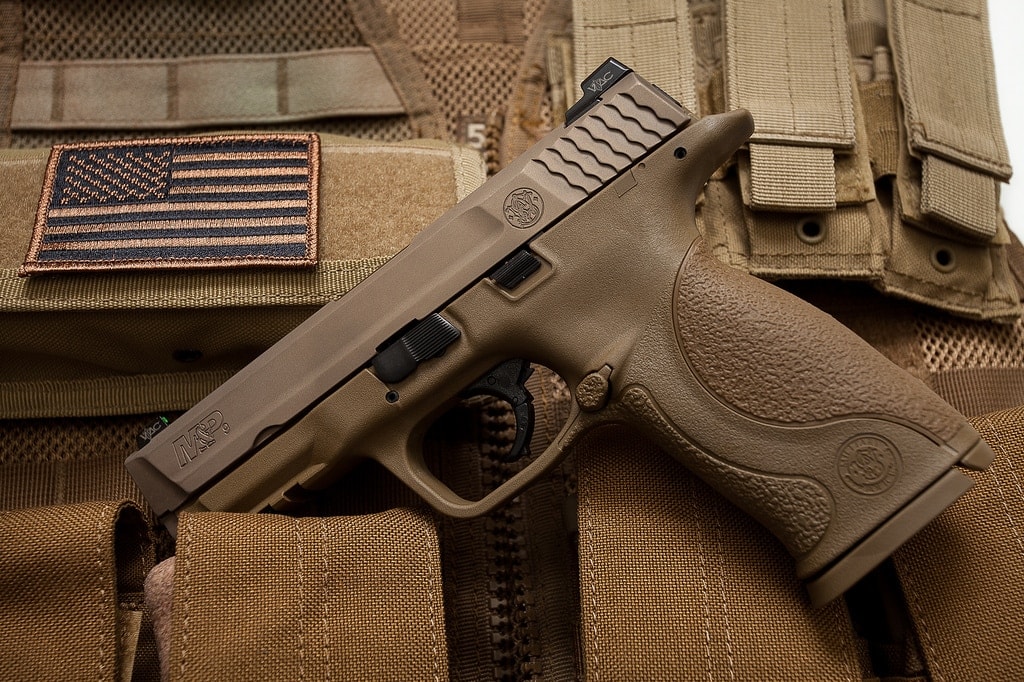 Smith & Wesson’s bid to be the Army’s next sidearm came to an end last week after the M&P was booted from the Modular Handgun System competition. (Photo: Tumblr/Everyday-Cutlery)

Smith & Wesson notified investors Friday that the M&P will not advance to the next phase of testing in the Defense Department’s mission to replace the Army’s M9.

With only a handful of manufacturers vying to be the Army’s new Modular Handgun System, Smith & Wesson is the first company to publicly get the boot.

The Massachusetts gun maker campaigned heavily for the contract, even partnering with defense giant General Dynamics in 2014 for an added boost. GenDyn signed on to provide barrels for the M&P and also lend its expertise navigating the bureaucratic process.

“They (GenDyn) bring a level of skill and knowledge that we did not have,” Smith & Wesson Chief Executive Officer James Debney said during a third quarter meeting in March. “Obviously, we’re a good partner as well because we bring what our core competency is, is that we can design and manufacture great handguns.”

Smith & Wesson investors have anxiously awaited news on the contract valued at $580 million. During a meeting earlier this month, MHS questions cropped up continually as investor’s aimed to pinpoint Smith & Wesson’s standing within the Army’s process. At that time Debney reported no movement, but said he was confident a win would boost the gun maker’s authority.

“The professional community is extremely important to us, as I’ve said before. It holds us to a much higher standard than if we were just, say, a consumer product business,” said Debney during the company’s first quarter investor’s call. “It certainly gives your product a lot of credibility if it is used, adopted and well-regarded by that professional community because the consumer does pay attention to that.”

The M&P model is already one of Smith’s most popular handguns. Introduced in 2005, it features a reinforced polymer chassis, modular ergonomic grip and ambidextrous controls. The M&P functions and aesthetics seemed to fall in line with what the Army wanted from their new handgun.

In the 351 page solicitation published in September 2015, DoD dictated that all competitors have modifiable grips, ambidextrous controls, magazine options, and rails. In addition, the Army requested all firearms have hits on a 4-inch target at a 50-meter range at least 90 percent of the time throughout the gun’s lifespan.

Though no caliber was specified, officials mandate a round penetrate 14 inches into ballistics gel at 50 meters. In addition, it was reported the 9mm and .40 rounds were being heavily considered, while the .45 ACP was ruled out over concerns of size, weight and accuracy.

Beretta holds the current handgun contract with the M9 serving as the Army’s official sidearm since 1985. The hammer-fired handgun is outfitted with a metal frame and cutout slide design as well as a 15 round magazine capacity. Aside from a few aesthetic changes, the pistol’s design has remained relatively unchanged for the past three decades.