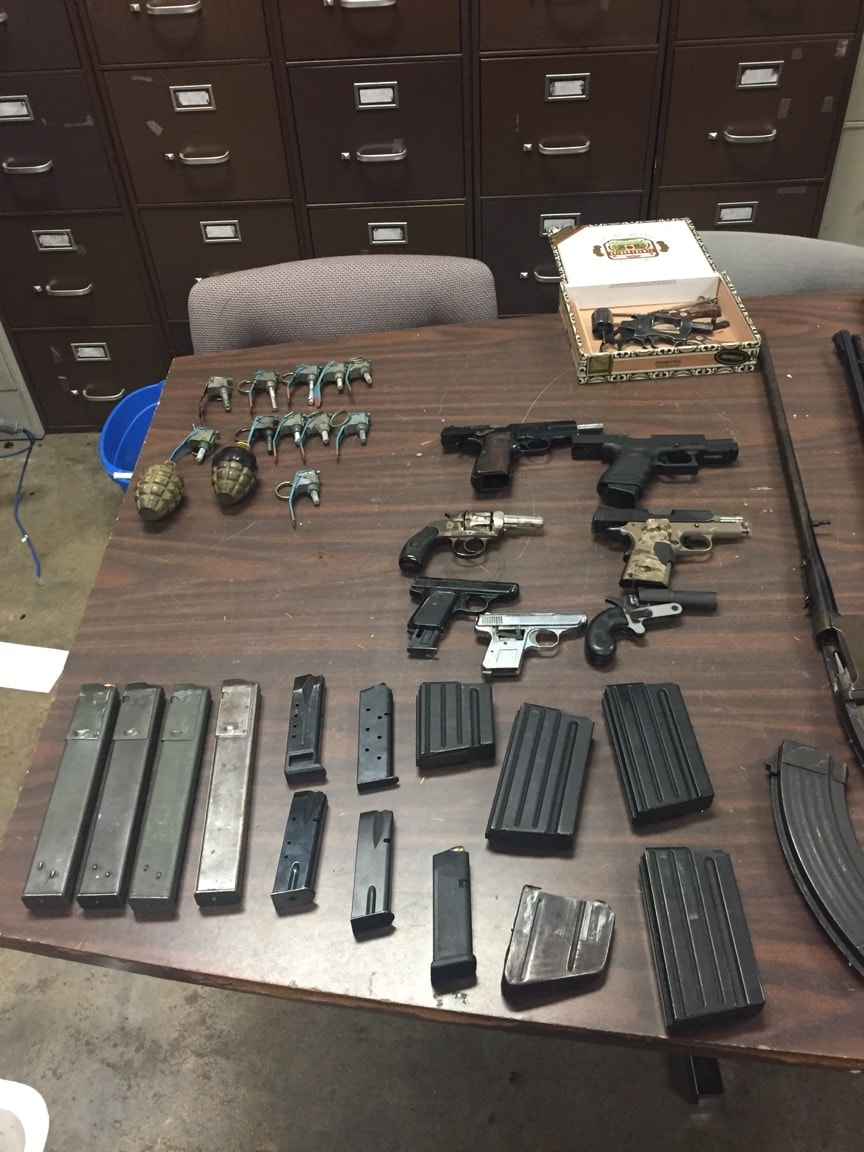 KSP teamed up with the Bureau of Alcohol, Tobacco, and Firearms and the Calloway County Sheriff’s Office to charge a man with numerous weapons charges on Sunday.

Arrested was Ray W. Powers, 48, of Murray, a city of about 38,000 in Western Kentucky. An investigation found Powers with 18 long guns and 8 handguns as well as what was described in a statement by KSP as “body armor, other explosives paraphernalia, and a substantial amount of ammunition.”

The Jail docket shows Powers was also charged on Tuesday with possession of marijuana and trafficking in marijuana (less than 8 ounces). He is pending release on a $5,000 bond and does not have a court date set.

The long guns are a collection that includes what looks like a couple of STEN bodies, several wooden-stocked bolt-action hunting rifles, what looks like an old Ithaca pump gun, a bubba-fied Short Magazine Lee Enfield and what could be a very sweet Valmet Hunter .308 which is kinda rare– especially if the mags shown in the photo above fit it, as those can run $150 by themselves. 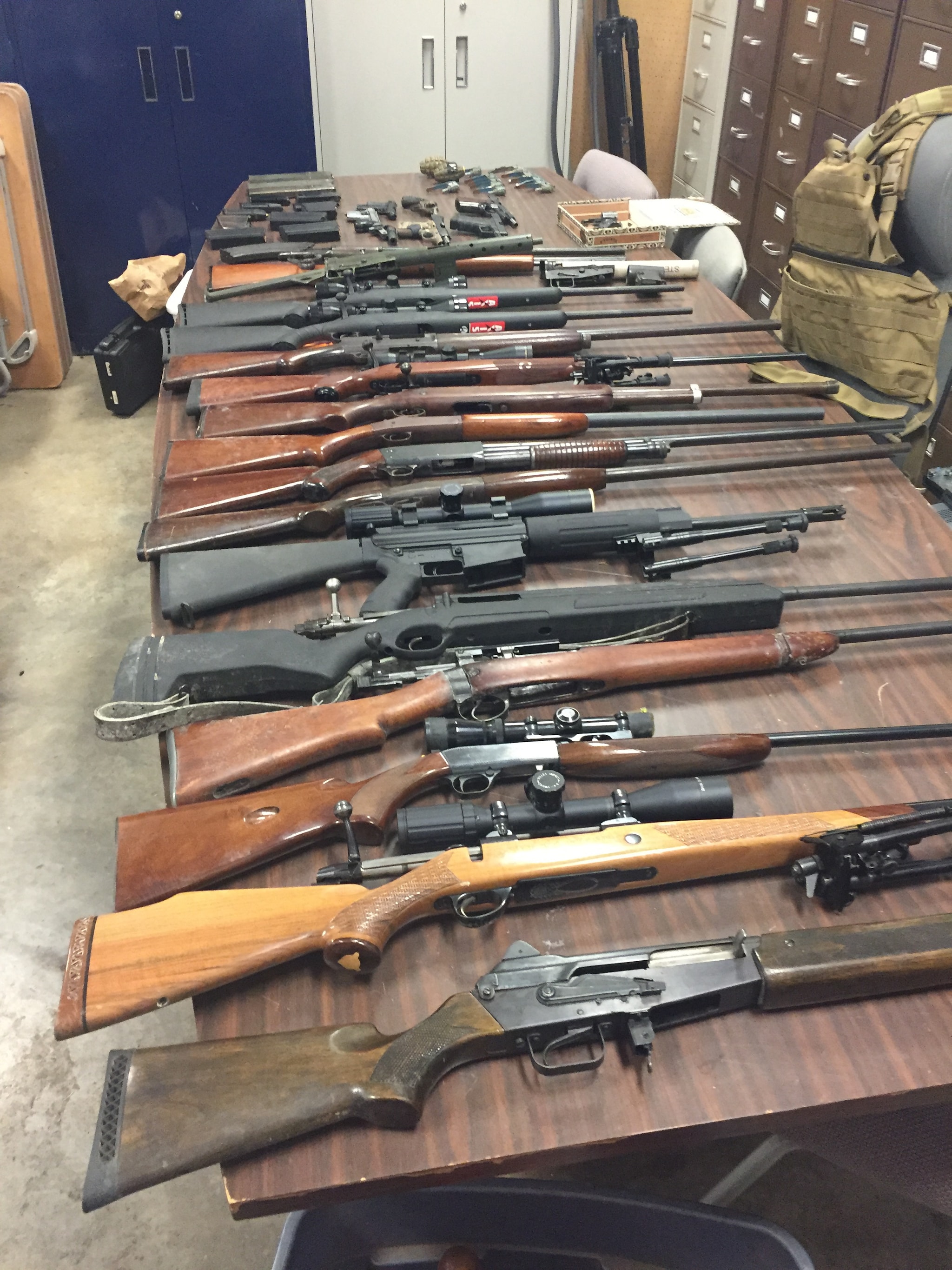 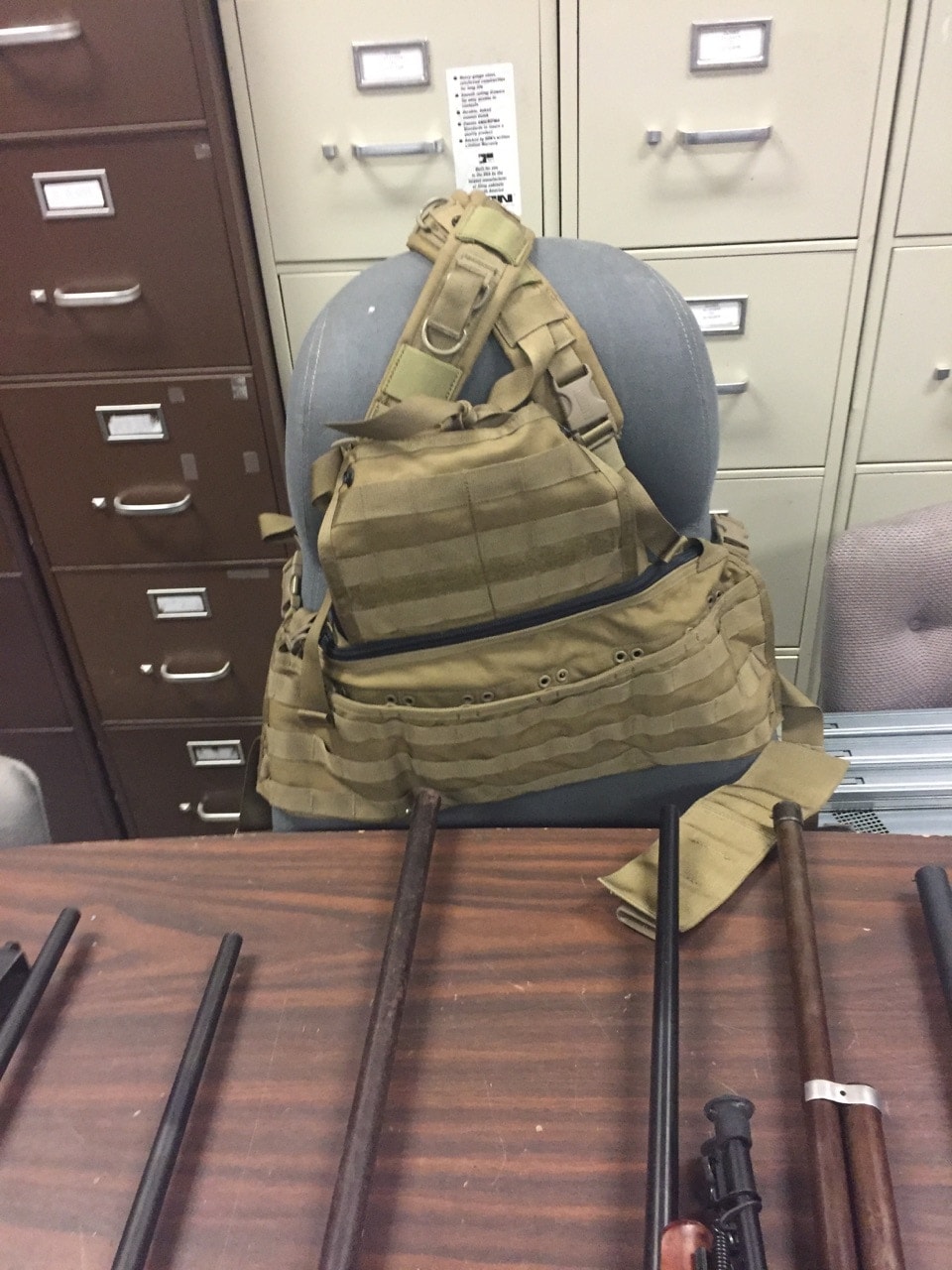