Robber shot, killed with own gun by intended target 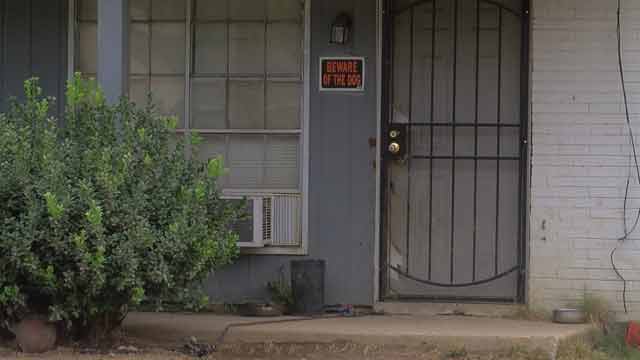 The victim was attacked just outside of his home as he stood in his driveway. (Photo: WMC)

A 31-year-old man is dead after he was shot with his own gun during an attempted robbery in Memphis Sunday night.

The victim told investigators he was attacked from behind by two men as he stood in his driveway around 11:30 p.m. During the assault, one of the suspects pulled out a gun, but a struggle over the weapon immediately ensued. All three of the men struggled to gain control of the gun, and while the victim was shot, he was still able to return fire and shoot one of the suspects.

Angelique Johnson, who lives next door, told reporters she heard the gunshots, took her kids and ran to the back of her house, then called the police. It wasn’t until later that she learned her neighbor was being robbed at gunpoint.

Responding officers found the 32-year-old victim lying in the driveway, suffering from a gunshot wound. He was transported to the hospital where, as of Monday afternoon, he was listed in critical condition.

But by the time officers arrived on the scene, both suspects were already gone, but a search of the vicinity turned up one of the suspects. He was suffering from a gunshot wound and unresponsive when officers found him. The suspect was pronounced dead at the scene and a gun was recovered near him. The second suspect, who drove away from the scene and left his wounded accomplice behind, is still at large.

Neighborhood residents said the victim is a good guy, with no known enemies. Johnson said they try to look out for one another in the neighborhood.

“It’s not right that you take from people because people work hard for their money,” she said.