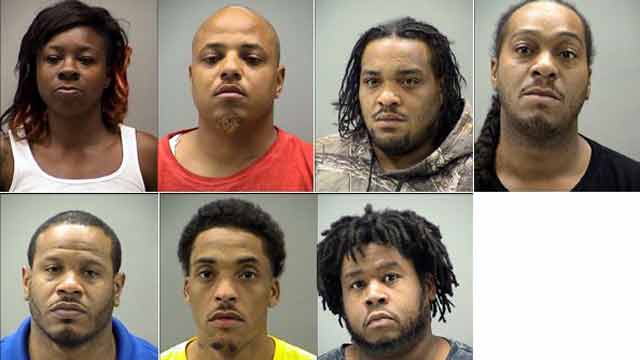 Authorities in Dayton, Ohio, arrested seven people during a raid after drugs, gun and cash were recovered from two different homes Monday.

In a similar raid back in May, authorities found 10 ounces of suspected fentanyl, a stolen handgun and several thousand dollars in cash.