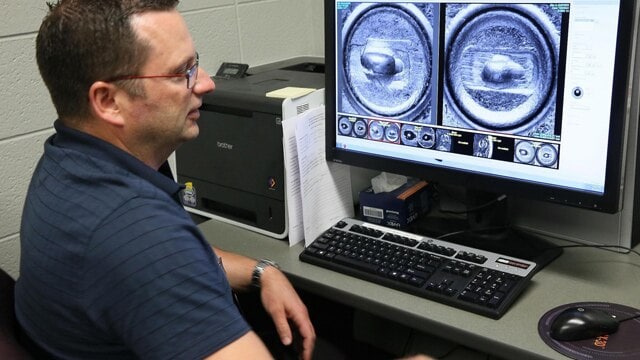 A Milwaukee officer compares two different shell casings after they were scanned to see if they came from the same gun. (Photo: Michael Sears/Journal Sentinel)

“These new resources will expand community capability to investigate and prosecute gun offenses and support data sharing and other technological solutions to serious violence challenges,” she said in a statement.

Police departments in Washington, D.C., Milwaukee, and Los Angeles were each given $1 million to refine crime fighting efforts through the National Crime Gun Intelligence Center Initiative, which launched earlier in 2016.

A National Crime Gun Intelligence Center, headed by the ATF, provides local criminal investigators the ability to quickly process crime guns by tracing them, recording data and comparing individual guns or ammo casings with other data.

The other $2.6 million was awarded to six cities for technological solutions to reduce crime. The money will go towards improving communications efforts with other law enforcement agencies.