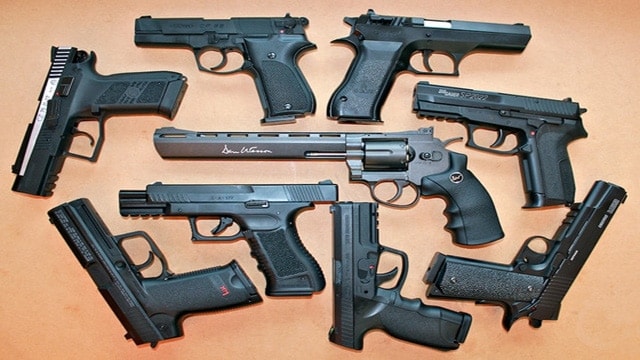 City officials in Maryland will consider banning replica guns at a public meeting next week as a way to prevent police shootings of children carrying BB guns, pellet guns and others resembling firearms.

Salisbury City Councilman Muir Boda said he didn’t want to wait for a statewide ban that may never come and thinks it’s an issue of public safety, not gun rights.

“We’re seeing kids around the country getting killed because police think they have real guns,” Boda said during an interview with The Daily Times. “They don’t have time to figure out if they’re a real gun or not.”

Baltimore City Councilman James Kraft introduced a similar ban last week “to protect the city’s youth” in the wake of a police-involved shooting of a 14-year-old boy carrying a BB gun.

Salisbury is about 120 miles southeast of Baltimore.

Similar incidents have unfolded across the country. Earlier this month police officers in Columbus, Ohio, shot and killed 13-year-old Tyree King after the teen pulled a BB gun from his waistband during questioning over a reported armed robbery in the area.

In November 2014, Cleveland police shot and killed 12-year-old Tamir Rice after mistaking his Airsoft replica gun for a pistol.

In the wake of the 2013 shooting of a 13-year-old carrying a pellet gun that police believed to be an AK-47, the California Legislature enacted a law in January requiring all replicas have fluorescent markings to help law enforcement and others distinguish them from real firearms.

City officials in New York, Chicago and Boston also have restrictions in place regarding replica guns.

James England, a contributing editor at Concealed Nation, criticized the Baltimore bill in an editorial published Sept. 19  for punishing responsible people “who had no intent of misusing those devices in the first place.”

“As we can’t outlaw stupid, we’re left with outlawing every single article or device that they could potentially get their hands on,” he writes. “Ostensibly this is to ‘protect the kids.’ The kids don’t need protecting. They need to be educated on reality. It doesn’t matter what TV show they watch or how much their parents don’t pay attention to them, if they threaten the life of another human being, that person is not obligated to make the distinction between a BB gun or real gun.”

“Age is no longer a factor the second a physical life is unlawfully threatened,” he added.