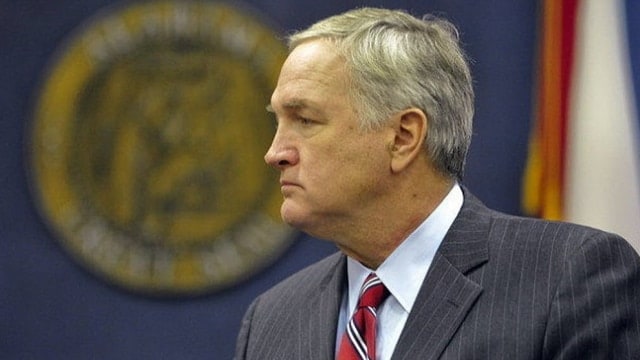 Strange, in office since 2010, published public statements this week disclosing his communications with a number of cities over local firearms prohibitions in Blount, Cullman, Etowah and Madison counties.

In Blount County, Strange’s office contacted the town of Sneed over signs in place at Snead Town Hall, Snead Public Park and the Senior Citizens Center as well as the town of Blountsville over signs up at the Blountsville Utility Board. Both municipalities reviewed state law and removed the signs.

In Cullman County, the permanent signs came down at Baileyton Town Hall, to be replaced with temporary signs posted only when the city council is in session, which is allowed by law.

Rainbow City, in Etowah County, was held accountable for signs they had posted at the city recreation center, community center and library while the city of Southside took down the signs at their library after finding them non-compliant with state law.

In 2014, Strange told county election commissions they do not have the authority to forbid guns at polling places after a controversy over illegal gun free zones established in Chambers County.

Last year, after helping to apply pressure to the state’s transportation department to remove signs at rest areas, his office reached out to the North Alabama city of Moulton over illegal signs posted at Moulton Recreation Center and H.A. Alexander Park as well as taking on gun free zones in Selma and Shelby County.

In other gun reforms, this year Strange directed Alabama to join 24 other states in accepting personal concealed carry permits as exemptions to having a National Instant Criminal Background Check System check done for firearms transfers.