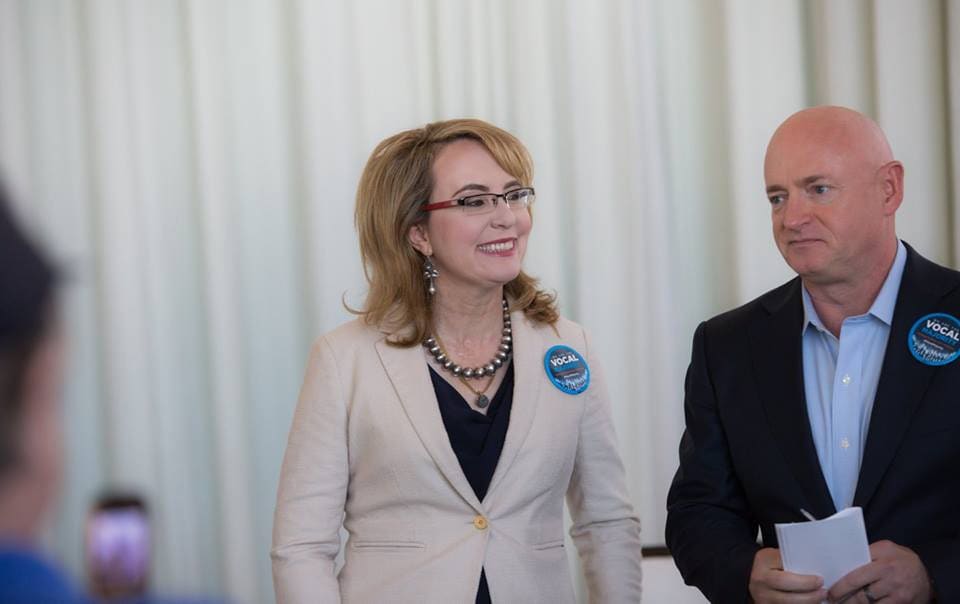 A high-profile gun violence prevention group kicked off its national tour Tuesday that will take organizers to 14 states ahead of the Nov. 8 general election.

Former Arizona Congresswoman Gabrielle Giffords and her husband, retired NASA astronaut Capt. Mark Kelly, launched the “Vocal Majority” campaign — a project of their Americans For Responsible Solutions PAC — to “mobilize millions of Americans to make the 2016 election a referendum on gun violence prevention and to support leaders up and down the ballot who are committed to taking responsible steps that reduce gun violence.”

“Stopping gun violence takes courage – the courage to do what’s right, and the courage of new ideas. I’ve seen great courage when my life was on the line,” Giffords said at the kick-off rally Tuesday. “Now is the time to come together – to be responsible! Democrats, Republicans – everyone.”

In the five years since, Giffords and Kelly created the political action committee to support lawmakers at the state and federal level who support stricter gun control measures.

“Our country is in the grips of a gun violence crisis. And for too long, a small but vocal minority – driven and controlled by the gun lobby – have had outsized influence over our nation’s gun laws,” Kelly said. “It’s time for the majority to be heard. Let’s work together to make sure that 2016 is remembered as the year we made our voices heard – and the year that the movement for safer communities won big at the ballot box.”

The bus tour will visit 40 cities and focus on key battleground states, including Florida, Ohio and North Carolina. Giffords and Kelly chose Orlando as the starting point as a way to honor the 49 people killed there in a June 12 attack at a gay nightclub.

“The 49 LGBTQ people and allies who lost their lives in Orlando nearly four months ago were brothers and sisters, sons and daughters, friends and neighbors, husbands and wives. But above all, they were human beings – human beings who were loved, who had hopes and dreams for long and full lives. And they were murdered simply because of who they are, and because it is too easy in America today for a dangerous person to buy a dangerous weapon,” said Chad Griffin, president of the Human Rights Campaign, during Tuesday’s rally. “This November, we need to elect candidates up and down the ballot who not only stand up for the equal dignity of the LGBTQ community, but stand up for our right to live and love free from fear and violence.”

Gallup historical polling trends show, as of October 2015, 55 percent of Americans believe current gun laws should be more strict, versus 33 percent who say the laws should be left alone. Public support for gun control remains lower than December 2012 levels by three percent and 23 percent lower than Gallup polling’s all-time high recorded in September 1990.