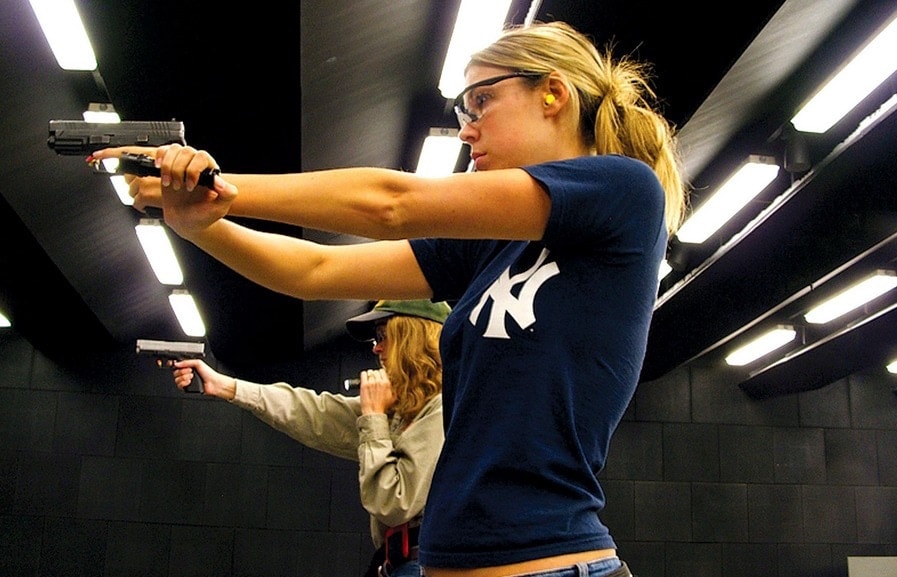 According to a recent Harvard study, gun ownership among women has increased in the past decade. (Photo: Tumblr/Gunrunnerhell)

Spurred by the need for personal protection, a growing contingency of gun owners is bucking the white, heterosexual male stereotype and using firearms to level the battlefield.

As a young, African-American woman, Antonia Okafor says she often felt discouraged from firearm ownership. That all changed when the prevalence of violent crimes against women on college campuses made her rethink her stance on firearms. Now fighting for concealed carry rights on college campuses, Okafor represents a new generation of female gun owners or, as she puts it, “defying the rhetoric.”

With female ownership on the upward swing, increasing from 9 percent in 1994 to 12 percent in 2015 according to a recently published study by Harvard and Northeastern Universities, more women are pursuing gun ownership as a means of self protection.

“Women are the prey and women are generally weaker and there has to be a way to equalize the battlefield,” Carrie Lightfoot, founder of the Well Armed Woman shooting organization, told The Trace earlier this month.  “I really think women are driving the growth (in gun ownership) because it’s now accessible to them in ways it has never been before.”

In addition to simply owning guns, women are also moving toward carrying them. A study produced by John Lott’s Crime Prevention Research Center indicated that between 2012 and 2016, in states that offer data by gender, the number of women with concealed carry permits has increased twice as fast as the number of men with permits.

Okafor says the figures aren’t surprising because the right to keep and bear arms extends past demographics.

“Gun ownership and the right to self defense is bigger than politics and more important to have,” she told Guns.com during a phone interview. “I think (gun ownership) is a great equalizer.”

This “equalizer” isn’t just getting a boost from women. Those in the lesbian, gay, bi-sexual and transgender community are also turning to guns as a means of self-protection.

The most recent data from the Federal Bureau of Investigation reported that in 2014 lesbian, gay, bi-sexual and transgendered people represent the second largest group of victims targeted for bias based assaults. LGBT account for one-fifth of the over 5,000 single-bias hate crimes in the U.S. Tack on a highly-publicized mass shooting in a gay nightclub and it’s a recipe for increased ownership.

“The sexual­ minority community has been subject to a disproportionate amount of violent crime, based upon perceived sexual orientation,” Gwendolyn Patton, First Speaker for Pink Pistols International, told Guns.com in an email. “In addition, the highly­ visible, high­ profile attack at the Pulse nightclub in Orlando galvanized people all over the country.”

Patton said Pink Pistols, an international LGBT shooting club, saw a surge after the Pulse nightclub attack. The group’s public Facebook page grew from 1,500 to over 8,500 members after the shooting. In addition, a slew of new chapters have cropped up in more cities as membership continues to grow.

While some might think guns and gays occupy opposite ends of the spectrum, Patton sees things differently. For her, harmony is always the goal but reality dictates a tougher stance and a reliable tool.

“We just want to go about our business in peace,” Patton said. “But, if we are presented with an imminent threat of death or grievous bodily harm, we want the option to defend ourselves with the best tool available.”

From Okafor’s perspective at the helm of the campus carry movement at the University of Texas in Austin, gun ownership represents a unifying force where race, gender and sexuality are overlooked for the greater Second Amendment cause.

“I’ve seen on the ground where those things don’t really matter,” she added. “I think it’s comforting as a black woman to see and very exciting.”