Restaurant owner shocked by reactions after she bans AR-owning customers 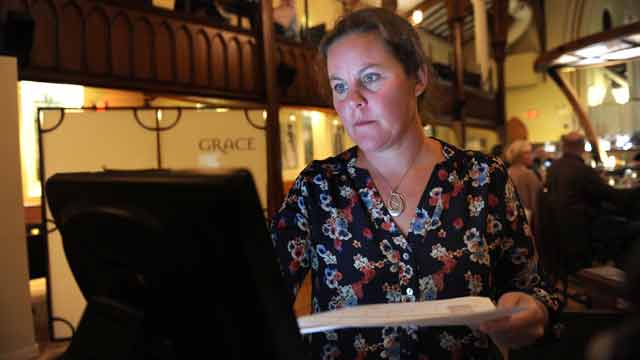 Anne Verrill, owner of Grace restaurant, said business has not been affected by her decision. (Photo: The Boston Globe)

The owner of Grace restaurant in Portland, Maine, says she only wants to teach her children about love, and it’s for this very reason she made a statement to her patrons that was impeccably clear.

“If you own this gun, or you condone the ownership of this gun for private use, you may no longer enter either of my restaurants, because the only thing I want to teach my children is love,” Grace owner Anne Verrill wrote in a Facebook post along with a picture of an assault rifle, which she said were only designed for “military use” and to own one – or any gun for that matter – is not “biological in nature.”

Verrill made the decision shortly after the shooting at the Pulse nightclub in Orlando earlier this year, and that decision was met with immediate backlash. In fact, reactions were so harsh that Verrill decided to delete the post.

“There were some very crazy ones,” Verrill said of the comments. “I took it down so they no longer could use it as their own platform.”

She said overall, the post hasn’t hurt her business, but Verrill – as well as her employees – take safety a little more serious now.

“We don’t go through every day being fearful, but you are constantly more aware of your surroundings,” Verrill said. “I knew I might upset some people, but I never could have foreseen what happened.”

Under state law, customers are legally allowed to carry a concealed firearm into Verrill’s business, unless she posts a sign expressly stating otherwise. However, Verrill said she won’t go so far as to post a “No Guns Allowed” sign, noting that if someone wants to bring a gun inside the business, a sign won’t stop them.