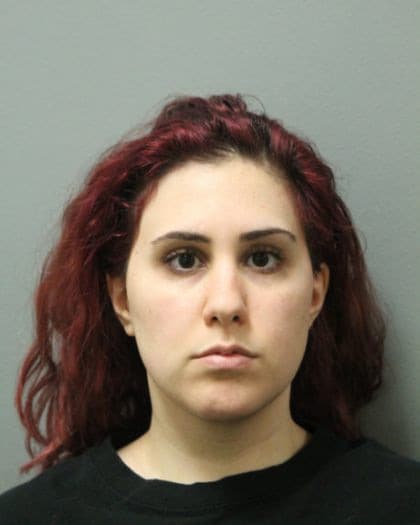 Chicago Police charged a straw purchaser with four felonies Tuesday in what law enforcement describe as “not an uncommon example” of a woman selling guns illegally for profit.

Further investigation revealed Mousheh bought four similar $600 Glock pistols over a six-month period and deposited $1,000 on a FN Five-seveN semiautomatic pistol worth approximately $1,300, according to a police statement.

Police note Mousheh works in a chocolate factory and has “no other known sources of income.”

Mousheh also sold two guns, including a Glock 22, to a man she met on Facebook just days after legally buying the firearms. The man told police he had gang ties and was on probation for domestic battery charges. Law enforcement allege Mousheh knew about the man’s criminal background and inability to possess an FOID card, but sold the guns to him anyway. The man returned the Glock 22 to Mousheh, police said.

“History has shown that these cases usually result in a plea of guilty in exchange for felony probation,” the department wrote in a statement released Wednesday. “Mousheh placed three semi-automatic firearms on the street, and was in possession of ammo that is capable of piercing a bullet proof vest.

Also, she admitted to buying a 50-round magazine for a Glock pistol. The felony arrest is not expected to result in jail time, but will result in a permanent revocation of her FOID card.”

Illinois is one of a handful of states that requires possession of a FOID for all gun purchases and is considered to have some of the strictest gun control measures in the nation.