Sheriff’s deputy, daughter killed by bothersome neighbor before he killed himself 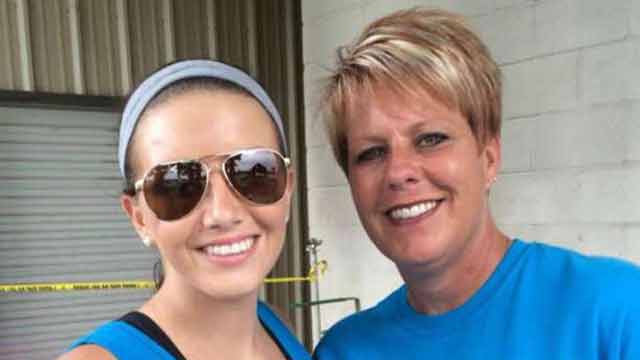 A West Baton Rouge Sheriff’s deputy and her adult daughter were fatally shot outside of the woman’s home Tuesday afternoon by their neighbor before the man turned the gun on himself, and authorities are still working to figure out what exactly happened.

Pointe Coupee Parish Sheriff Bud Torres admitted that there were difficulties in the investigation because all of those present at the time of the shootings are now deceased. However, based on evidence gathered at the scene, Torres told reporters they have a basic timeline of what they believe happened.

Authorities believe Gregory Phillips drove his truck across the street to the home of Deputy Donna LeBlanc around 4 p.m. LeBlanc was not home at the time, but her adult daughter, Carli, was there with Donna’s other daughter, who is just 9 years old.

After Phillips came to the door, Carli stepped outside, locking her 9-year-old sister safely inside the house. Authorities do not believe Phillips was armed at that time. Carli and Phillips became engaged in an argument outside and soon thereafter Donna returned home. It was then that the argument escalated even further.

At some point, Phillips returned to his truck and retrieved a rifle and there was an exchange of gunfire between him and Donna, who was armed with her service pistol. Both Donna and Carli were critically wounded, but not before Donna shot Phillips three times. Authorities say it’s unclear at this time who fired when.

After shooting the women, Phillips began beating on the front door of the home where the 9-year-old girl was still hiding. He tried to gain entry but was unsuccessful.

The young girl called 911, but before deputies arrived on the scene, Phillips fatally shot himself. The first responding deputy found Donna, Carli and Phillips lying in the yard. They were all pronounced dead at the scene. The 9-year-old girl was uninjured.

Torres said they are still unsure what the argument was about.

Louisiana State Police confirmed that Phillips was known to them, but he had no significant criminal history. He did, however, have mental health issues, on which authorities would not elaborate. A toxicology screening was set to be performed as part of Phillips’ autopsy, as Torres said they have reason to believe he may have been intoxicated at the time.