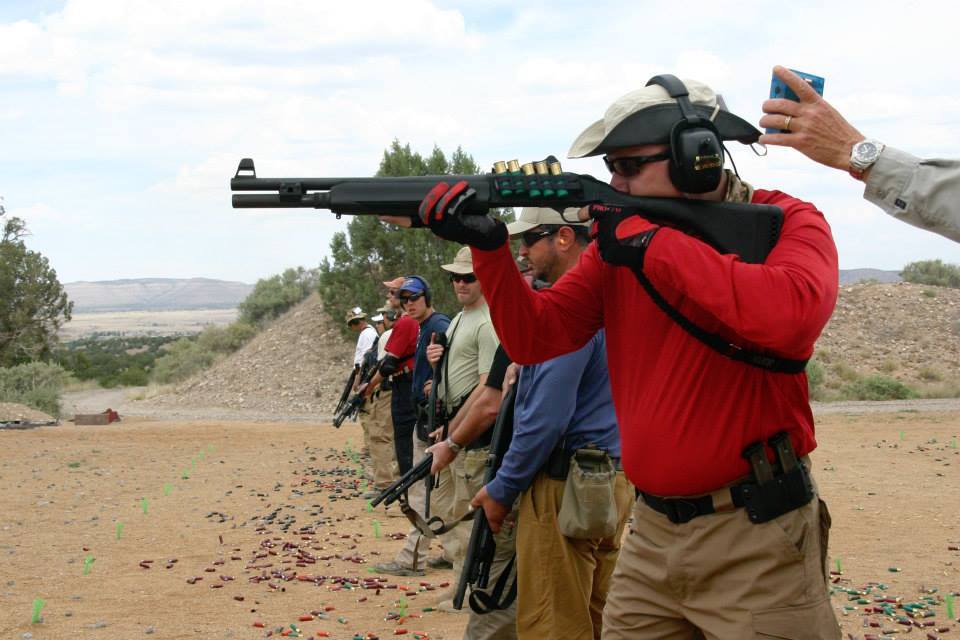 Founded by author and combat veteran Lt. Col Jeff Cooper and his wife Janelle in 1976, the facility — then called American Pistol Institute — sprang up in the high desert of northern Arizona. Beginning with only two ranges and one live-fire shooting house nestled on 160 acres, Gunsite Academy has grown to accommodate 20 ranges as well as simulators that span over 2,800 acres.

Current owners Buz and Sonja Mills bought Gunsite in 1999, embarking on a mission to update the training site via additional land and upgraded routes to the sites, as well as new ranges named after Medal of Honor recipients.

Gunsite is known within the training industry for its plethora of classes and simulators to include close quarters battle, edged and impact weapons, long range rifle and general rifle, pistol, carbine, shotgun and active shooter response instruction.

Gunsite chief operating officer Ken Campbell told Guns.com in an email that the school continues to build upon Cooper’s mission of spreading the Modern Technique of the Pistol.

“Col. Cooper is legendary in the shooting world, specifically in in defensive shooting,” said Campbell.  “We teach The Modern Technique and it continues to evolve as Cooper designed it.  That is, based upon what is happening in the real world from Mechanicsburg to Detroit to the sandbox.”

Campbell said that though the training site has hit 40, that doesn’t mean Gunsite is pumping the brakes anytime soon. In fact, the school has every intention to continue educating and evolving through the next 40 years.

“We believe that we will continue to evolve in the next forty years as mindset, gun handling and marksmanship will all be needed whether using a venerable 1911, a Glock or a ‘plasma rifle in the 40 watt range’ that the Terminator asked for.”