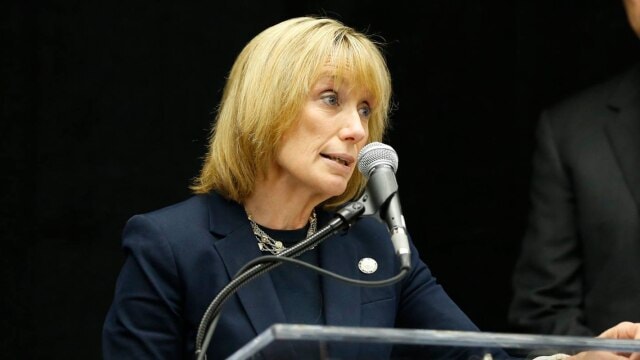 For the second time in as many years, lawmakers have failed to muscle through a bill that would have changed how the Granite State issues permits for concealed carry.

Last summer, Democratic Gov. Maggie Hassan vetoed a measure placed on her desk changing state law to make obtaining a concealed carry permit optional. A new proposal this session passed the legislature only to have a rendezvous with Hassan’s veto pen, as did SB 336, which would have changed the definition of who can get a permit.

In 2015, lawmakers failed in a bid to override the governor’s veto and, as reported by New Hampshire Public Radio, a similar effort this year just didn’t have the votes, only picking up 13 of the 16 needed in the Republican-led state Senate last week.

Hassan was quick to issue a statement, citing the state’s existing permitting scheme needed no changes.

“New Hampshire’s current concealed carry law which former Republican Governor Mel Thomson called a ‘sensible handgun law’ has worked well for nearly a century, safeguarding the Second Amendment rights of our citizens while helping to keep the Granite State one of the safest states in the nation,” said Hassan. “I shared the same public safety concerns that law enforcement, public safety officials and citizens had about Senate Bill 336, which would have undermined our efforts to maintain public safety by removing the protections that the permitting process offers to help ensure that potentially dangerous individuals are not allowed to carry hidden weapons.”

Hassan is currently locked in a tight race to unseat incumbent Republican U.S. Sen. Kelly Ayotte, and has picked up some $3.5 million in donations from national gun control groups in her fight, which could help change the balance of power in the Senate. The first of six scheduled debates between the candidates featured guns as a divisive topic and drew further support to Hassan’s camp from those seeking to expand background checks to include private gun transfers.

Elsewhere in the state, courts have rebuffed the governor’s direction to report the names of some with mental illnesses to a federal database of prohibited gun possessors.

“I am disappointed that the New Hampshire Senate failed to overturn the Governor’s veto of SB 336, which would allow for a broader definition of who is qualified to obtain a license for a concealed firearm in New Hampshire,” said Senate Majority Leader Jeb Bradley. “This legislation was an important first step in protecting every citizen’s Second Amendment right.”

The New Hampshire Union-Leader predicted the failure in an editorial last week, noting, “So we’ll have to wait for a new governor, one who isn’t trying to curry favor with out-of-state gun control fanatics.”