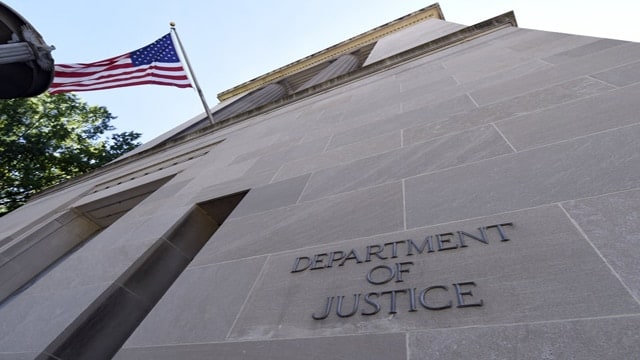 A long-standing dispute over the definition of “fugitive from justice” allowed the transfer of more than 2,000 firearms to accused criminals over a 16-year period, a federal audit uncovered last week.

The FBI denied 49,448 gun sales between 1999 and 2015 because background checks revealed active warrants for the prospective buyers in different local jurisdictions. The ATF, however, believes the “fugitive from justice” disqualification should only apply to individuals who attempt to buy firearms in a different state, according to audit findings.

The ATF maintains a database of these sales as FBI “denials,” but refused to recover 2,183 of the guns sold because of the 15-year dispute.

“This is an issue that we found the Department needs to resolve promptly,” said Inspector General for the Department of Justice Michael Horowitz on Wednesday.

The FBI and ATF requested an opinion on the definition from the department’s Office of Legal Counsel in 2008, but officials only offered “informal advice,” the audit finds. The FBI pressed the office for reconsideration in 2010, but six years later no formal opinion has ever been issued.

“In July 2016, a Deputy Assistant Attorney General at OLC told us only that OLC’s reconsideration of the issue was still in process and that he could not give an estimate as to when OLC will issue an opinion,” department officials write in the audit. “We recommend that OLC issue an opinion as soon as possible to clarify the correct definition of the ‘Fugitive from Justice’ category of persons prohibited from purchasing a firearm. Only then can ATF and the FBI be certain the law is being applied appropriately and as intended.”

OLC officials could not be reached for comment last week.

Of the 51 million background checks processed through the Justice Department between 2008 and 2014, the FBI denied 500,000 gun purchases. Of those, ATF agents passed only 558 applications to local U.S. Attorney offices, who in turn considered prosecuting about half of the cases referred.

Lying on a background check form remains a federal offense, though audit findings show prosecutors with the Executive Office for United States Attorneys instead prioritize cases against violent offenders, illegal firearms traffickers “and dangerous individuals who bypass the background check system to acquire weapons illegally,” per direction of U.S. Attorney General Loretta Lynch and the administration’s Smart on Crime initiative.

In response to the review, the office said “it believes that it has consistently and appropriately prioritized the most impactful firearms prosecutions, and that at present there is no reason for it to reconsider its approach to NICS false ‘no’ cases.”