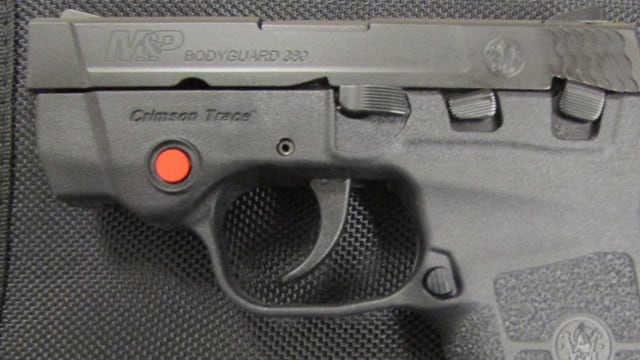 A federal judge reasoned Smith & Wesson was not at fault in a personal injury case in which a pistol accidentally discharged and caused a man to lose a finger.

U.S. Judge Todd Campbell followed recommendations from the court when he dismissed the case, according to his order issued Sept. 16 from a Nashville federal court.

A Tennessee couple, Randy and Vicki McNeal, sued the Massachusetts’ gun maker for more than $75,000 in January. According to their complaint, Randy McNeal was shot in the finger as he attempted to make the gun safe inside a gun store in Murfreesboro, a town just outside of Nashville. They claimed a loose screw on the built-in laser sight of their Bodyguard .380 pistol prevented the slide from locking in position.

The couple’s lawsuit says McNeal dropped the gun as he tried to lock the slide back, which he was having trouble because the screw obstructed the locking mechanism, and the gun discharged when he tried to catch it. Afterward, he needed the small finger on his left hand amputated.

The court’s report cited past rulings that state an injury is not proof of a defective product, a product failure or malfunction does not necessarily make a company liable, and the company has no duty to create an “accident proof” product.