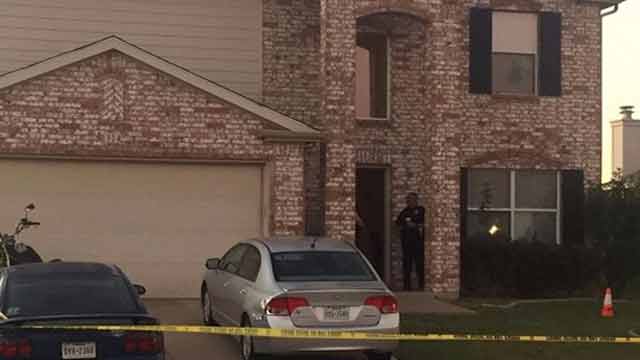 The couple recently moved to Arlington and had been living in the home about four months. (Photo: ABC)

Friends and neighbors of a couple who lived in Arlington, Texas, were shocked to learn that the woman fatally shot her fiancé early Thursday morning, but police say the seemingly perfect couple had a long history of domestic violence.

Police received a call from the 27-year-old woman, who has not been publicly identified, around 3:30 a.m. informing authorities that she had just shot her fiancé, 32-year-old Isaac Flores.

When officers arrived at the home, they found Flores in a bedroom. He was pronounced dead at the scene. Authorities said the couple’s three children were home at the time of the shooting, but there were no reports of the children being injured. They are currently staying with other family members.

The woman was taken into police custody where she was questioned for several hours before she was eventually released. Vanessa Harrison with the Arlington Police Department confirmed that the woman had injuries consistent with a domestic violence situation.

“I can tell you that we do firmly believe she was victimized,” Harrison said, “and we didn’t want to further victimize her.”

Lorena Canales, Flores’ sister, told a local ABC affiliate that her brother was a Marine veteran who previously suffered from PTSD but had since gotten it under control. Canales said the shooting made no sense to her, and that while Flores wasn’t perfect, he didn’t deserve to die.

However, Harrison said there was an extensive history of domestic violence between the couple and, without elaborating, said there was evidence it had occurred on occasions prior to the morning of the shooting.

The woman is not facing charges at this time, but once the investigation is completed, the case will be turned over to the district attorney, who will then decide if charges are appropriate.