Deputy fatally shot by parolee while responding to burglary call 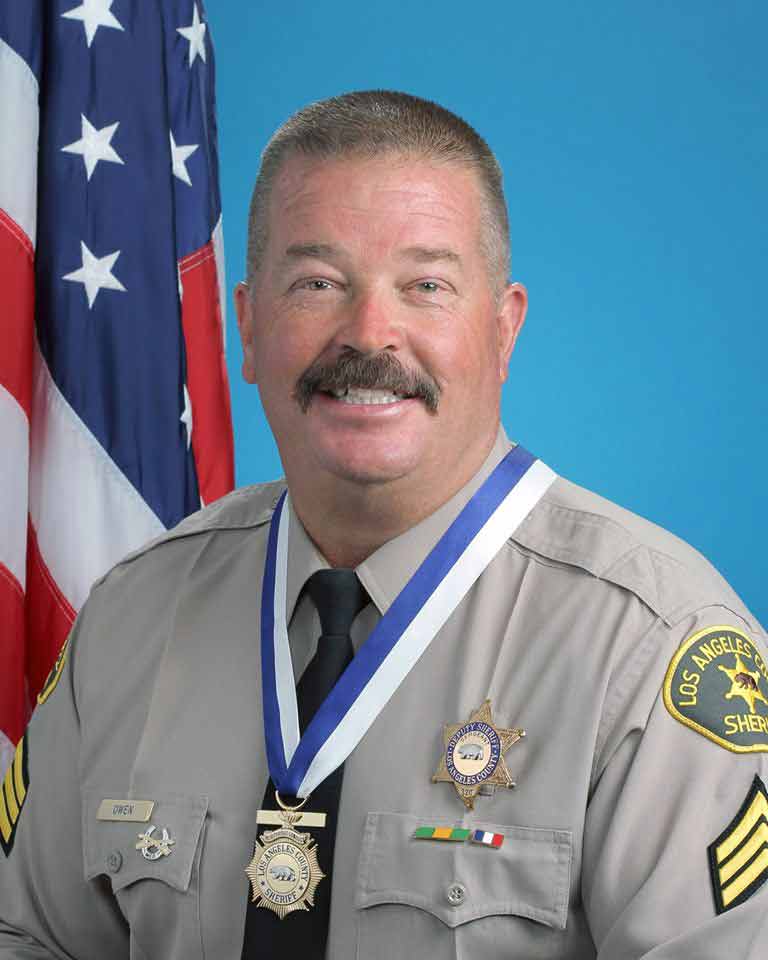 A parolee is in police custody after he shot and killed a sergeant who was responding to a call about a burglary at a Lancaster, California, home Wednesday afternoon.

According to a statement released by the Los Angeles County Sheriff’s Department, a call about a residential burglary came in just after noon. LACSD Sgt. Steven Owen was the first one on the scene and, in an attempt to contain the suspect, moved to the back of the residence. However, Owen encountered the suspect, who drew a weapon and opened fire on Owen, fatally striking him.

As authorities established a containment area in an effort to apprehend the suspect, they learned the suspect broke into a second home nearby, which was occupied by two teens at the time. The teens contacted the sheriff’s department and a rescue plan was immediately put into place.

A special weapons team successfully extracted the teens. However, as the teens were being rescued, the suspect again attempted to elude authorities by escaping through the back door of the home. He was apprehended after he jumped over a nearby fence. At that point, authorities realized the suspect had been shot in the upper torso, so he was transported for medical treatment while in police custody.

The suspect’s identity has not been released at this time, but he was described as a black adult male who was on active parole and believed to be from the Antelope Valley area.

Authorities do not believe at this time that there were any additional suspects involved in the incident and the weapon carried by the suspect was recovered on the scene.

The investigation is ongoing and, as is standard procedure, involves multiple agencies with differing tasks.

“The tragedy of a deputy sheriff such as Sergeant Steve Owen making the ultimate sacrifice has a massive impact on the whole law enforcement family. We all mourn together,” Los Angeles County Sheriff Jim McDonnell said in a statement.

Owen left behind his wife, Tania, who is an Arson/Explosives Detail detective; two adult sons, Brandon and Chad; a step-daughter, Shannon; and his mother, Millie.