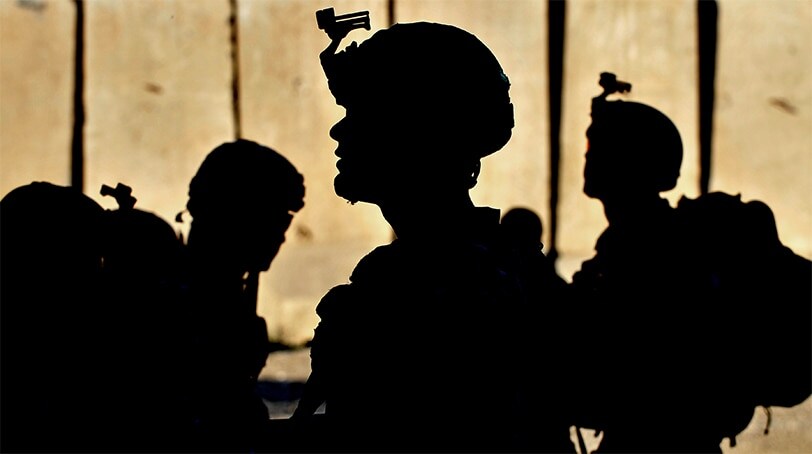 U.S. Army soldiers wait for orders at the Forward Base Honaker Miracle at Watahpur District in Kunar province prior to a joint patrol led by the Afghan National Army (ANA) to Operating Post Rocky to conduct artillery fire training with the Kandak 6/1 of the ANA on April 18, 2013. (Photo: AFP)

In all, the ring allegedly moved over $1 million worth of stolen equipment including full-auto firearm components, sensitive night-vision and communications gear, flight helmets, body armor, medical supplies and even printer cartridges. The two civilian members of the conspiracy allegedly sold the nearly 1,600 items on eBay or to retail outlets, in the process frequently violating export laws on controlled items.

“The actions of the soldiers charged today should in no way stain the honor of the brave men and women who proudly serve in our country’s armed forces and selflessly give everything to protect America’s freedom,” said U.S. Attorney David Rivera in a statement. “To the contrary, we never want to allow the illegal and self-serving actions of a few to cast a shadow on the thousands of military heroes who every day place themselves in harm’s way to protect this great nation.”

According to expansive court documents, between 2013 and February 2016, the group of Soldiers at Fort Campbell, home of the 101st Airborne Division among others, removed a varying degree of items from base without permission, passing them to the two civilians in Clarksville, Tennessee, who resold them.

From the outset, everyone involved knew the gear was stolen, with one soldier telling Roberts by text, “where I just got that shit was craaaaazy risky,” and Roberts responding, “I can only imagine. I wondered about that. I imagine it’s pretty locked up.”

Firearm components stolen and sold by members of the conspiracy included sights for M203 grenade launchers, trigger groups for the M240 machine gun — listed for sale eBay for $399 — and a host of parts for the M249 machine gun including magazine adapters, heat shields, buffer tube assemblies, pintle mounts and barrels. One of the defendants sold 30 stolen M249 barrels to a retail store. Another auction was for an M144 Sniper Spotting Scope.

A supply of high-tech avionics gear was passed on to the open market including a flight data recorder and an HGU-56P Gentex flight helmet that sold on eBay for $550. Other helmets were sold to buyers overseas including to destinations in Japan, China, and India. One Gentex AH-64 Apache flight helmet was sold for $880. In most cases, they were listed as being “new” and “USGI.”

Stolen medical gear included boxes of tourniquets and a lot of Quik Clot Combat Gauze that was listed for sale via eBay for $3,425.

In many cases, the items were sold overseas although they could not be legally exported from the U.S. without a license issued by the Directorate of Defense Trade Controls (DDTC), in accordance the Arms Export Control Act (AECA) and International Traffic in Arms Regulations (ITAR).

Other items were shipped to buyers in Holland, Hong Kong, Kazakhstan, Ukraine, Lithuania, Moldova, Malaysia, Romania and Mexico, the money changing hands through online payment services such as PayPal.

Arrest warrants were issued for each of the eight defendants on Thursday.