'Cocks Not Glocks' crew gets invited to the White House 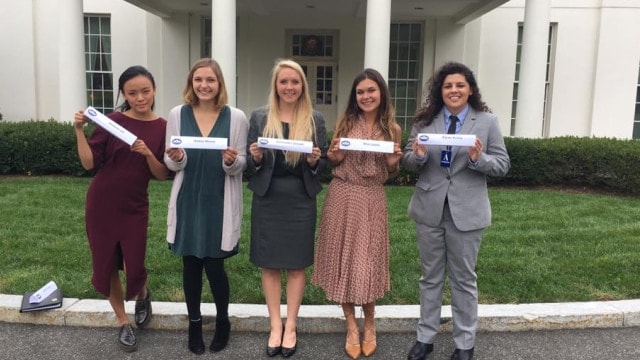 Organizers of an anti-gun protest at the University of Texas in Austin against a new campus carry law noted for garnering some 4,000 adult toys which they gave away, earning immortality on the Daily Show, have made their way to Pennsylvania Avenue.

Invited by DoSomething.org to join a gun control advocates to talk to senior officials about grassroots activism, the CNG gang posted images of their visit to the White House to social media– and contend some important firsts were made.