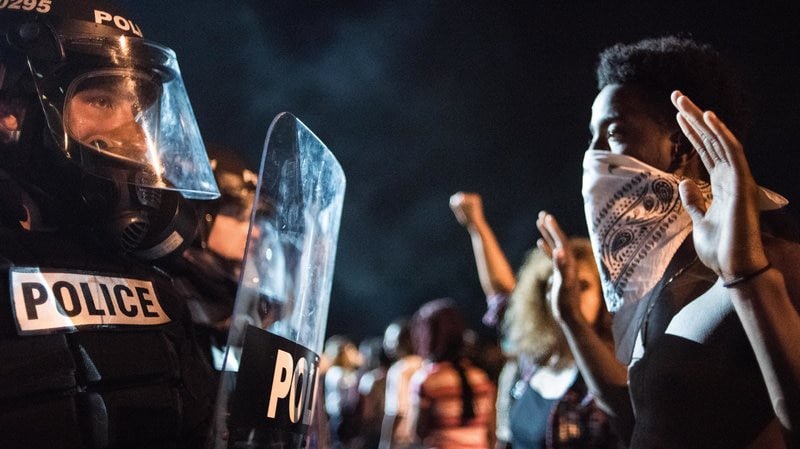 The Justice Department’s grant looks to provide resources in the hopes of curbing violence in the wake of civil unrest, such as in Charlotte, N.C. when protestors confronted police over the fatal shooting of a black man. (Photo: Sean Rayford/Getty Images)

The Justice Department awarded $7 million in funds to boost community response during times of high profile violence, to include shootings of law enforcement.

Awarded to the International Association of Chiefs of Police in collaboration with the National Association for the Advancement of Colored People and the Yale School of Medicine, the money is aimed at defusing tensions and promoting community healing after traumatic events by providing resources to local law enforcement.

The funds will create rapid response teams, comprised of consultants and subject matter experts from police departments, victim assistance groups and mental health agencies, to be deployed in the wake of community crises. Through assessment and implementation of “preventative and response trauma-informed interventions,” these teams will provide training and resources to local communities that promote positive interaction and address the consequences of violent acts, to include shootings of police.

DOJ says the award is meant to curb violence against law enforcement while also strengthening trust between communities and police in the wake of civil unrest.

“The Department of Justice is determined to stand with our citizen and law enforcement partners as they grapple with the aftermath of painful incidents,”said Attorney General Loretta Lynch in a statement. “As part of that commitment, these vital grants will help communities acknowledge the effects of violence, address collective trauma, and promote unity and healing where it is needed most.”

The nation has been rocked with violent protests this year stemming from fatal police shootings of black men. In Septemeber, demonstrators descended on Charlotte, N.C. rioting against the fatal police shooting of Keith Lamont Scott. An altercation during one protest left one person dead and one officer injured. Earlier this week, protests began in the streets of Los Angeles after an 18-year-old was shot and killed by police.

“Violence does not occur in a vacuum,” Lynch said.  “It has a powerful effect on the psyche of an entire community, stirring painful emotions and raising difficult tensions.”