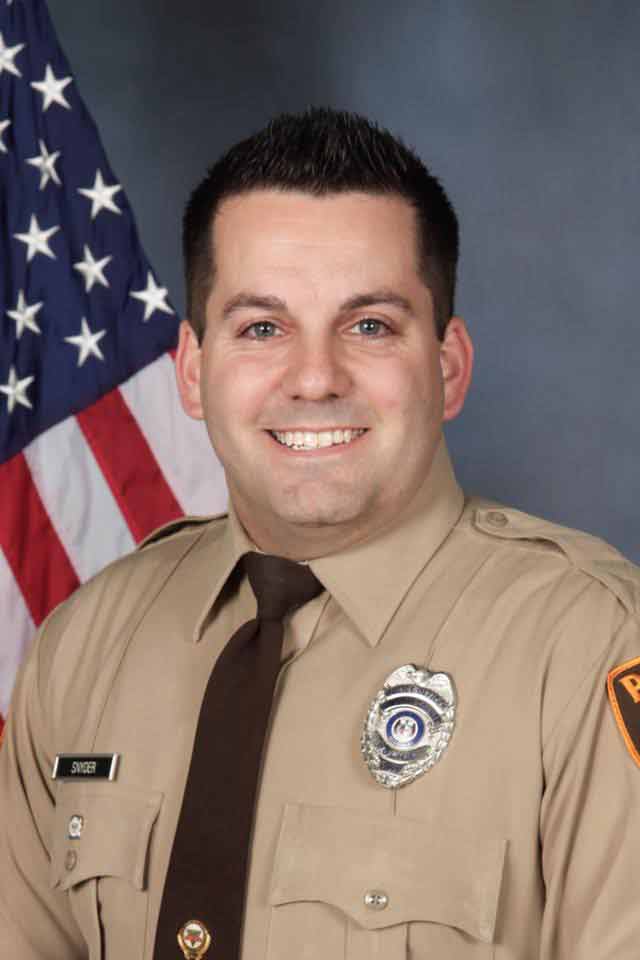 An officer with the St. Louis County Police Department was fatally shot early Thursday morning as he responded to a disturbance call in Green Park.

The call came in around 5 a.m. after the suspect, 18-year-old Trenton Forster, went to his girlfriend’s home and began banging loudly on the door. Officer Blake Snyder, 33, was the first on the scene, but by the time he arrived Forster was sitting in a vehicle parked in front of the house.

Snyder, who was a 4-year veteran of the force, was pronounced dead at an area hospital. According to the St. Louis County Police Department, he left behind a wife and 2-year-old child.

Soon after Snyder was shot, a second officer arrived on the scene and exchanged gunfire with Forster, who was struck multiple times. The second officer was not injured.

Forster, although severely injured, is expected to survive. Authorities recovered the gun carried by Forster and a witness who saw the shooting positively identified him. Forster is currently in police custody, charged with first-degree murder and armed criminal action. His bond was set at $1 million.

Other than a felony marijuana charge, Forster does not appear to have a significant criminal history. However, the St. Louis Post-Dispatch reported that his social media accounts were filled with anti-cop comments.

Ironically, the same officer who brought the prior marijuana charges against Forster was the second responding officer with whom he exchanged gunfire. However, Belmar does not believe there is an intentional connection.

Belmar called it a “tough day” for his department and said Snyder was a “tremendous police officer.” A fund has been set up to assist Snyder’s wife and child.