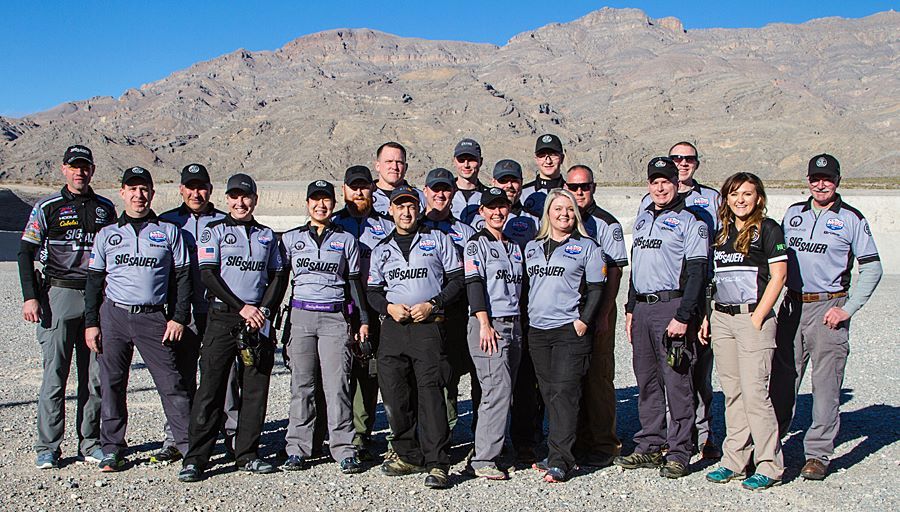 Sig Sauer alerted Team Sig members last week that their time with the shooting organization was over as the gun maker discreetly dismantled the shooting group.

Team Sig’s digital footprint all but vanished when the company wiped the website clean of any reference, removing the team page and deleting all social media tracks.

The move was unexpected and quietly disseminated among the shooters; however, some team members refused to stay quiet, instead airing their grievances on Facebook.

“All good things must come to an end it seems,” posted Team Sig member Mike Vosen to Facebook. “Team Sig has done its job introducing the Sig P320 to the competition world and Sig is now more popular than ever in the shooting sports. For 2017, Sig Sauer is refocusing their marketing approach and has dissolved our beloved Team Sig.”

Tracie Rushing’s page was inundated with well wishes as she announced the undoing of the team.

After one comment questioned the decision on Sig’s part, Rushing offered a two-worded explanation — “budget cuts.”

Though some team members expressed disappointment over the decision, most took a stance of understanding and vowed to continue using Sig products.

“I was rocking a Sig before I was selected for the team. I’ll be rocking a Sig now as well. Their decision doesn’t change how I feel about the products I represented,” Tim Herron said on a shooter’s forum. “I have no regrets. In the end, it’s all business. I get it.”

“I’m still shooting the P320, and will continue to do so,” Clay Klemm also posted to the online forum. “No change for me.”

Michel and team member Lena Miculek are both still under contract with Sig Sauer and will continue to represent the company in competition and public events.

Guns.com reached out to Sig for an official statement regarding Team Sig, but received no comment by the time of publication.