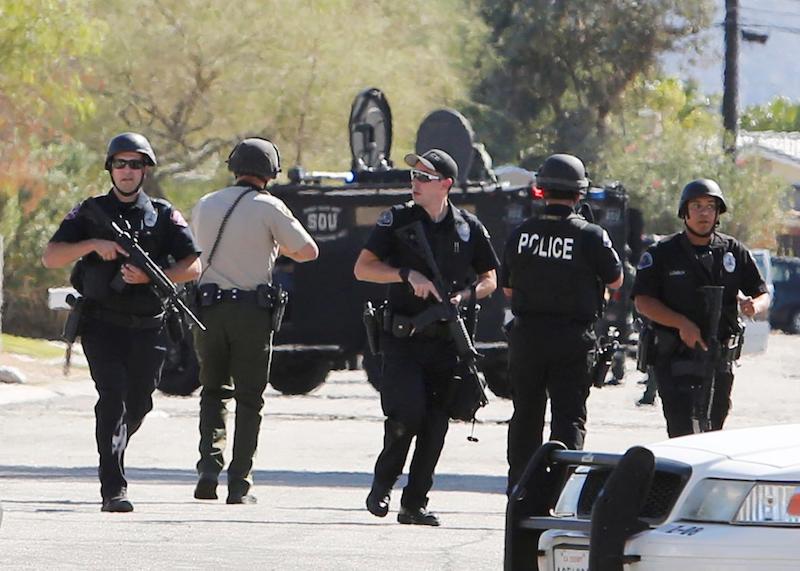 Although California has had an “assault weapon” ban since 1989, the 26-year-old felon and gang member was able to obtain a rifle classified as such under state law.

On Tuesday, the Riverside County Sheriff’s Department advised in a statement that John Felix is believed to have fired an “assault rifle” at Palm Springs Police Department officers responding to a domestic disturbance call. Shooting through a door, Officers Jose “Gil” Vega and Lesley Zerebny were fatally injured.  The third officer was struck by gunfire and is recovering from non-life threatening injuries.

Felix, 26, has been booked into the Robert Presley Detention Center, located in the city of Riverside, on two counts of murder on a peace officer and is a convicted felon and cannot legally own or possess any firearm under California law.

The state led the nation in 1989 when it passed the Roberti-Roos Assault Weapons Control Act of 1989 (AWCA), which made illegal the ownership and transfer of a myriad of semi-automatic weapons by name. The ban, strengthened by later enhancements in 1999 and 2004 has endured even as a federal one has expired and uses both an enumerated compilation of gun models and an arbitrary list of features to deem a gun an assault rifle, pistol, or shotgun.

If Felix had a full-auto firearm, not registered under the National Firearms Act, he was in violation of a federal law dating back to 1934.

Felix, a member of the Varrio Las Palmas gang, was living with his brother, who has a lengthy history of weapons charges under his belt, as reported by The Desert Sun. As for the alleged gunman himself, he did time for a 2009 drive-by shooting in which a member of a rival gang was seriously wounded.

If only there was a law or something. Maybe a ban. They work, right?