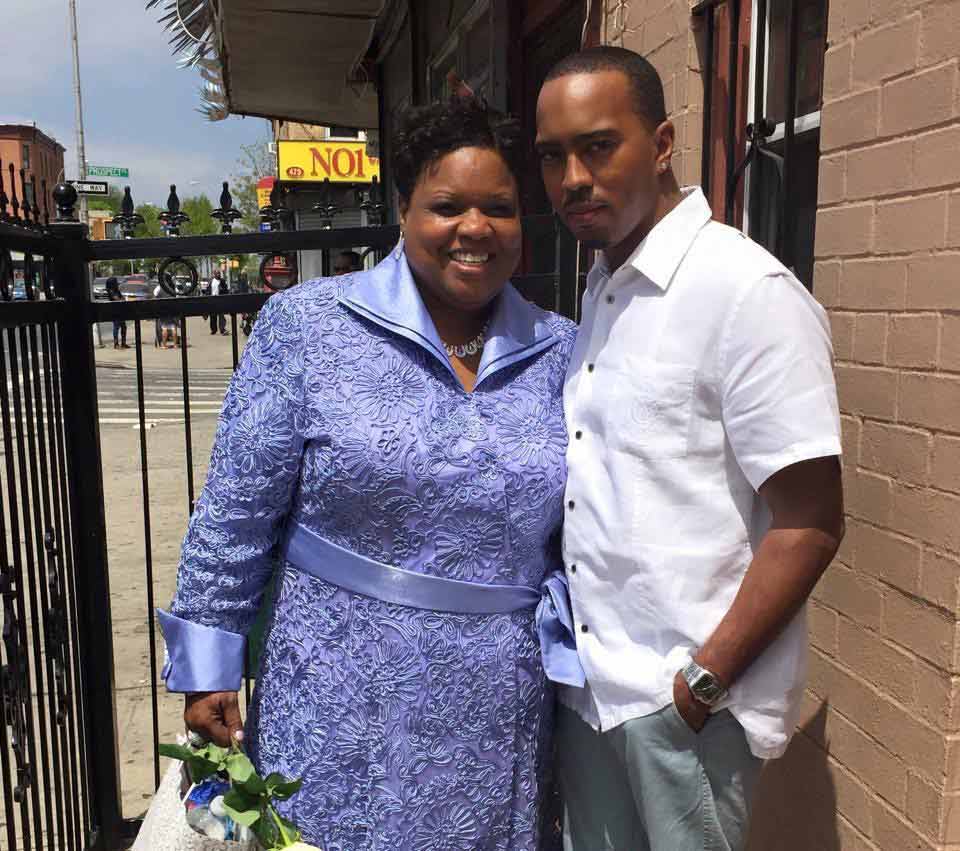 Lavon Walker with Andrea Wilmer, a preacher from New York with whom he had grown close, on Mother’s Day. (Photo: Facebook)

Lavon Walker, 30, was shot twice while standing on a street corner outside of a cafe around 7 a.m. He was rushed to a local hospital where he was pronounced dead.

Walker left behind a wife and two children.

According to the Miami Herald, investigators believe the bullets likely weren’t intended for Walker, but rather he was caught in the crossfire, an innocent bystander of a possible beef between two rappers. However, at least one witness said it appeared Walker was the target.

“It did not look random because one guy had his gun pointed right at the individual,” an Uber driver, who did not want to be identified, told reporters, adding that he saw three men walked straight toward the cafe where Walker was standing and open fire.

No one else was injured in the shooting, and no one is in custody at this time.

Amy Ellenbogen, director of the Crown Heights Mediation Center, where Walker previously worked, said he had gone to Miami for a vacation.

“It was the anniversary of a family member’s death. He was trying to get away for a little while,” Ellenbogen said.

Walker was a former gang member who became involved in Save Our Streets as an outreach worker and used his background to help influence youth to make better choices. He spent five years walking the streets of Brooklyn’s Crown Heights neighborhood, talking with the youth and providing friendship and positive advice.

“We find out what their needs are, anything that’s going to gear them or shift them to a different mentality toward gun violence,” Walker told The New York Times in a 2010 interview. “We become like their bigger brothers, even closer than their fathers.”

Walker previously said his mindset had changed and he was out there to let others know their’s could change too.