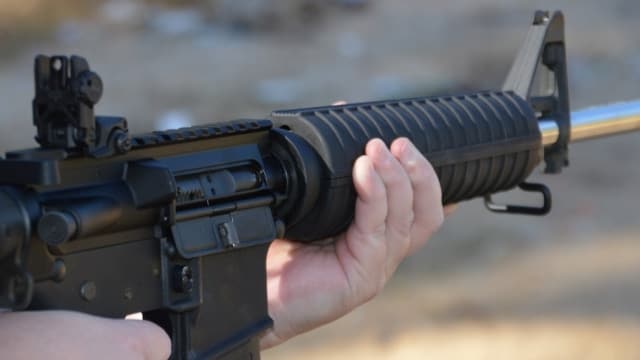 A small gun control organization, using the Pulse nightclub mass killing as a call to action, is making the long-shot attempt at bringing a ban on some semi-automatic firearms and their magazines to Florida.

Terming themselves the Florida Coalition to Prevent Gun Violence, they emerged from the state’s League of Women Voters Gun Safety Committee. They have two stated legislative goals: bring universal background checks and a statewide ban on “all semiautomatic assault weapons and large-capacity feeding devices” to Florida.

“We’re horrified by the type of weapon that was used at Pulse,” says Patricia Brigham, head of the group, in an interview with public radio.

In the past, Brigham has been all over the state, pushing expanded background checks, campaigning against open carry and campus carry and even visiting firearms dealers in the Sunshine State to make sure that the businesses have signage that is required by law.

Her group likely has a smattering of support among Democrats in Tallahassee with a few lawmakers in recent months pushing for a special session to take up gun control legislation which Republican leaders have shown little inclination to entertain.

Some of Florida’s Congressional delegation to Washington, including U.S. Reps. Ted Deutch, Corrine Brown and Alan Grayson — all Democrats — have made open calls since the Orlando attack to restart the expired 1994 federal assault weapon ban and restrict magazines capable of holding more than 10 cartridges. Currently eight Florida Dems are co-sponsoring a new ban in the House, though it will not likely come up for a vote.

Further, a recent University of South Florida-Nielsen survey found that 49 percent of respondents view a ban of the sale of “semi-automatic assault weapons” to be a move in the “right direction.”

Brigham’s group, however, will have a very steep uphill struggle in a state that has pioneered gun rights legislation through Stand Your Ground and liberal concealed carry laws — Florida enjoys more concealed carry permit holders than any other state — and a long history of Republican-heavy state legislatures speeding pro-gun bills to the governor.

The state’s powerful gun rights champion, Marion Hammer, executive director of the Unified Sportsmen of Florida and a former National Rifle Association president, told Guns.com the newfound drive to bring a California solution to the state is deflection from the real issues at hand.

“Planting a political podium in the aftermath of a tragedy that has taken innocent lives will never solve the problem of gun violence by terrorists or people with mental illness. Yet that seems to be the trademark of gun control proponents who hijack the mission of their organizations in exchange for exposure,” Hammer said in an email Tuesday.

“Gun control is not a solution, it’s political eyewash and a diversion to keep from dealing with real problems,” said Hammer.