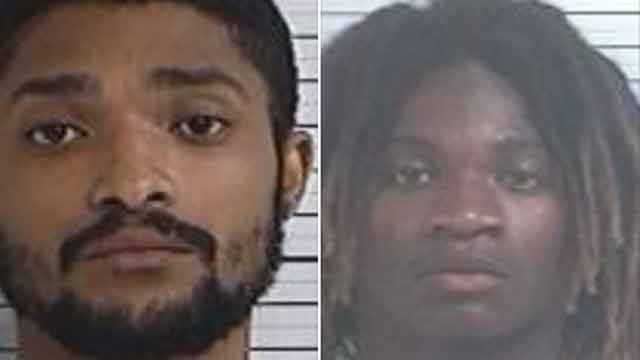 Two men are facing charges after they chased down and pulled what turned out to be an Airsoft gun on a group of Trump supporters Tuesday afternoon in Panama City, according to a statement by the Bay County Sheriff’s Office.

The Trump supporters – who were easily identified by their pro-Trump T-shirts – were stopped at a gas station on their way home from a Trump rally when the two suspects approached them. The suspects began yelling obscenities at the group once they confirmed their support for Donald Trump. The group, fearing for their safety, quickly left the area.

But a short time later, the Trump supporters realized they were being followed by a gray Chevy Tahoe. When the group stopped at a red light, the Tahoe pulled up beside them, and inside were the two men from the gas station. Only this time the suspects pointed a silver handgun at the Trump supporters, who immediately sped away then contacted authorities.

Deputies were able to locate the Tahoe and a search of the vehicle turned up the weapon, which was found to be an Airsoft pistol.