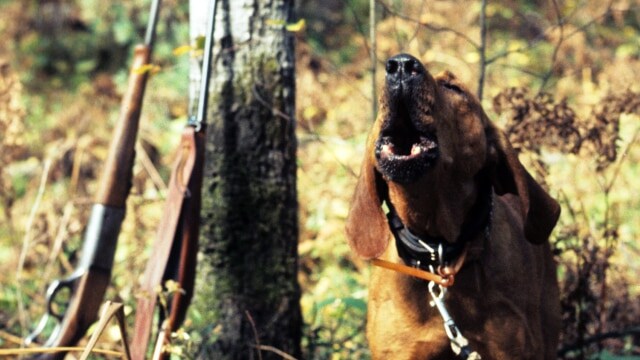 The state reimburses dogs killed by federally protected wolves at a rate of $2,500 apiece. (Photo: Wisconsin Department of Natural Resources)

Wisconsin conservation officials advise this week that, by the end of bear season, a record of at least 40 pet and hunting dogs had been killed in the state by wolves.

With the population of gray wolves in The Badger State jumping to more than 900, officials with the Wisconsin Department of Natural Resources advise that, in addition to pets being attacked, hunting dogs pursuing wildlife during bobcat, rabbit, bear and bird seasons often come into conflict with the large canids. The 40 killed so far this year, with nearly three months to go, far outpace the previous record of 23 verified dog deaths in 2013, with 20 in 2014 and 22 in 2015.

“We don’t have much to go on except speculation,” said Department of Natural Resources large carnivore specialist Dave MacFarland, as reported by Madison.com. “We know things are happening where there are a lot of wolves and dogs.”

WDNR maintains a list of mapped gray wolf caution areas to apprise hunters and the public of the location of suspected packs and their rendezvous sites, noting that each pack can have as many as six different rendezvous sites during the summer.

They further caution pet owners not to leave their dogs or cats outside at night unless they are contained in a substantial kennel.

State officials are unable to hold an open season on the predators as the gray wolf in the western Great Lakes region is currently on the Federal Endangered Species List. However, those who lose a dog to wolf depredation may be eligible to a $2,500 reimbursement from the state, meaning taxpayers are on the hook for about $100,000 so far in 2016.