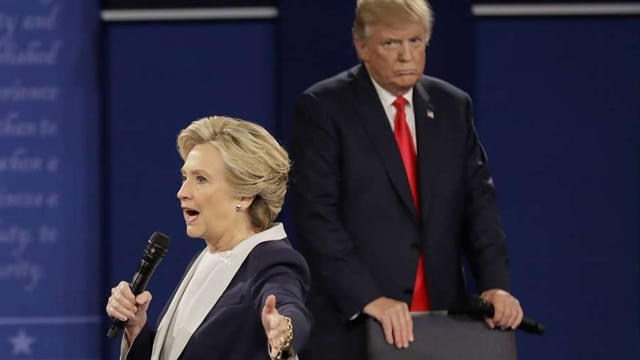 Wallace said he will question candidates Donald Trump and Hillary Clinton about immigration, debt and entitlements, the economy, fitness to be president, foreign “hot spots,” and the Supreme Court — the latter of which led to a brief discussion about the Second Amendment in Sunday’s debate.

“If people say, ‘it was a great debate and I don’t remember you being there,’ I will have done my job,” Wallace told Fox News on Wednesday.

Combined, the questions “how would you protect the Second Amendment” and “do you support expanded background checks” earned more than 296,000 online votes at the Open Debate Coalition. The third most popular question, regarding social security benefits, was not asked at the debate, either.

Still, Trump and Clinton managed to slip their individual stances on gun control into answers about their respective priorities for nominating Supreme Court justices during Sunday’s debate, even if the moderators hadn’t asked.

While Trump vowed to select candidates who “respect the Constitution” and “the Second Amendment and understand what it means,” Clinton reiterated her support for expanded background checks and closing “loopholes” in online and gun show sales.

“This is the final presidential debate and this topic cannot be ignored!” said Dan Gross, president of the Brady Campaign to Prevent Gun Violence in a statement issued Friday. “We need to make our voices heard. Tell Chris Wallace voters want to know what our future President will do to solve America’s gun violence epidemic. This is the top issue that Americans have asked moderators to address and we all deserve to hear – on a national stage – where the candidates stand.”

The final debate will take place at the University of Nevada. Besides choosing between Trump and Clinton on election day, Nevada voters will also cast ballots on whether to expand background checks to private sales and transfers of firearms. The controversial Question 1 is similar to other initiatives appearing on ballots in Maine and Washington, too — all of which receive substantial funding from former New York City Mayor Michael Bloomberg, the main benefactor of Everytown for Gun Safety, Mom’s Demand Action and Mayors Against Illegal Guns.

The National Rifle Association, through it’s state surrogate group Nevadans for Freedom, continued its onslaught against Question 1 Thursday with a new round of ads calling the measure a “sloppy, legal disaster.”