Pro-gun spending for federal campaigns in 2016 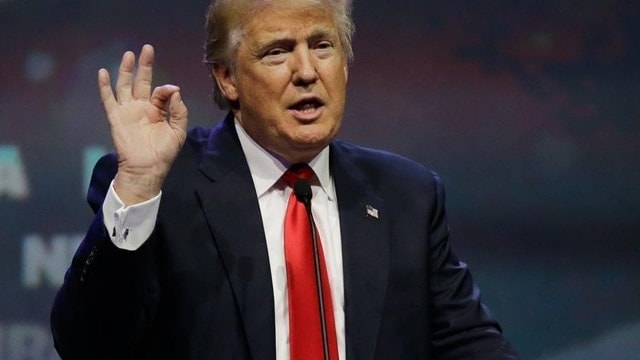 The Republican presidential nominee Donald Trump speaking at the 2016 NRA convention in Louisville after the organization endorsed him. (Photo: NRA)

Although most pro-gun groups are stumping for Donald Trump — or, at the very least, against Hillary Clinton — the National Rifle Association is the main source of spending in support of the Republican nominee, according to data collected by the Center for Responsive Politics.

The NRA has outspent all pro-gun — and anti-gun — groups combined by pouring in more than $36 million in federal campaigns. The majority, $21.7 million, has been spent in support of Trump while the leftover funds target specific Senate seats.

The NRA has said its goal is to reclaim a pro-gun voice in the Supreme Court with a next president. The association has been credited with influencing the Senate to deny President Obama’s high court nominee a confirmation hearing. The group said its concern is a liberal justice could tip the balance of the court, which could result in decisions that negatively affect gun rights.

Other pro-gun groups have spent considerably less money in federal races, but also have a substantially smaller revenue stream. Nonetheless, those groups have targeted a mix of candidates and areas, or focused spending in primaries.

The National Shooting Sports Foundation, the trade group for the gun industry, has spent the second most with $167,500 split among candidates running in both the House and Senate.

For more than 75 congressional candidates, the NSSF spent a total of $136,500 toward Republicans and $4,500 toward Democrats. And the organization spent $26,500 on Republicans running for Senate.

The Safari Club spent $165,000 in support of four Senate seats and four House seats. The organization split $83,750 on Sens. Pat Toomey, of Pennsylvania, Chuck Grassley, of Iowa, and Kelly Ayotte, of New Hampshire. A total of $26,250 went toward gaining a senate seat in Nevada with Joe Heck.

NAGR dished out almost $12,600 between Republicans running in Indiana, Oklahoma and North Carolina, with candidates still in the running. However, it also spent mere hundreds against Republicans, including House Speaker Paul Ryan, in states like Wisconsin and Florida without success.

Gun Owners of America has spent $52,445 this election, but its two biggest expenses lost in the primaries. The group spent $23,618 supporting Sen. Ted Cruz’s presidential bid and $16,563 to unseat McCain as a Republican senate candidate.

Also, the only money GOA spent against a candidate was $1,500 targeting New Jersey Gov. Chris Christie during his run for the Republican presidential nomination.