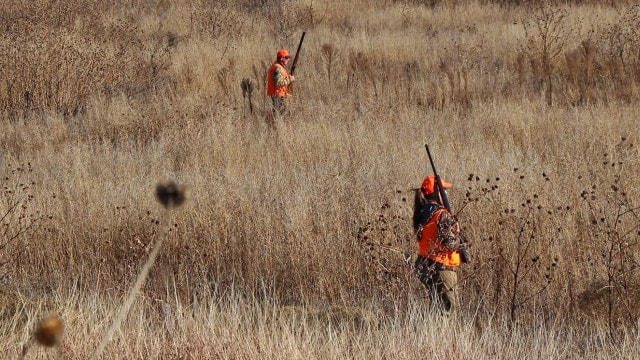 Kansas, with over 400,000 residents who actively hunt or fish, will leave it up to voters to decide if the right to do so should be enshrined in their state constitution. (Photo: Kansas Department of Wildlife, Parks and Tourism)

Listed as Question 1 and Amendment 1, respectively, voters in Indiana and Kansas will have to vote up or down on adding a right to hunt and fish to their state constitutions.

The voter initiatives, which in the past have proven popular at the polls, would open up the state documents and install the constitutional right to hunt, fish, and trap subject to conservation laws while establishing public harvest by sportsmen as the preferred method of wildlife management. Lawmakers in both states approved the proposals by wide margins, sending them to the ballot.

“It’s up to Hoosiers to decide whether this is part of their heritage or not,” said Indiana Sen. Brent Steele, R-Bedford, author of the proposed amendment in that state. “For me it is, and for the thousands of Hoosiers who hunt and fish, it’s an important part of who they are.”

If approved by voters, they would amend the respective state constitutions of each to preserve hunting and fishing as a basic right guaranteed by law. Doing so, proponents argue, will make it all that much harder to pass anti-gun legislation in those states in future years.

Similar measures have been advanced in Illinois, Michigan, New Jersey and New York this year, according to the National Conference of State Legislatures. No less than 19 states have such language in their constitution, dating back to Vermont who included it in 1777. Most recently, Mississippi and Alabama both added it through the voter-driven amendment process in 2014.

Opposed to both measures are anti-hunting groups such as People for the Ethical Treatment of Animals and the Humane Society of the United States, arguing it is unneeded.

“When people hear ‘right to hunt,’ they think somebody is trying to take it away,” said Midge Grinstead, Kansas’ HSUS director. “A state constitution is a sacred document, and we already have the right to hunt and fish, so why are we putting it in there?”

Pro-hunting and gun rights groups such as the Safari Club and the National Rifle Association support the initiatives, pointing out that hunting is both a popular pastime with longstanding cultural roots and is vital to the economy.

According to the latest National Survey of Fishing, Hunting, and Wildlife-Associated Recreation, Indiana enumerated some 842,000 outdoor sportsmen while Kansas had 453,000.