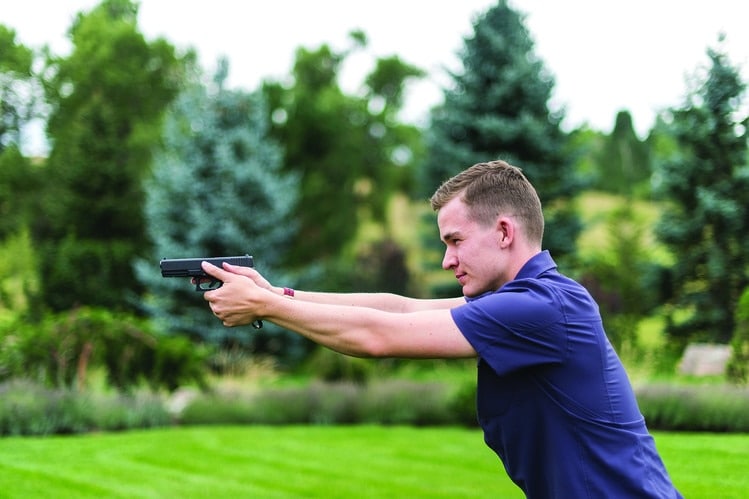 Nineteen-year-old Kai Kloepfer is at the helm of Biofire Technologies, a start-up dedicated to producing the world’s first fully functional smart gun.

The Colorado native, who turned to gun safety technology after the Aurora theater shooting, has been working on his Biofire smart gun design for the past four years in his parent’s home in Boulder. The fingerprint reading gun was introduced to the world last week as a working prototype — the first of its kind.

Smart guns are meant to improve safety by restricting a gun’s use to only authorized shooters through a biometric device. In the case of Kloepfer’s gun, a dime-sized fingerprint sensor resting on the left side of a Glock 22 serves as that device. The sensor is positioned where the shooter’s middle finger naturally rests, allowing the gun to remain unlocked and “live” while shooting.

Biofire’s handgun remains in a low-power mode while not in use to conserve battery life, which is stated to last a full year in between charges. Currently, it takes a long one and a half seconds for the gun to read a fingerprint and release the internal trigger lock; though Kloepfer said he’s working towards a more reasonable time of half a second.

The gun is equipped with white, red, blue and green lights which serve to indicate the condition of the gun — charged and ready, not ready, on and analyzing fingerprint. Biofire’s prototype can store up to 10 fingerprints, allowing spouses and other trusted individuals to unlock and fire the gun. 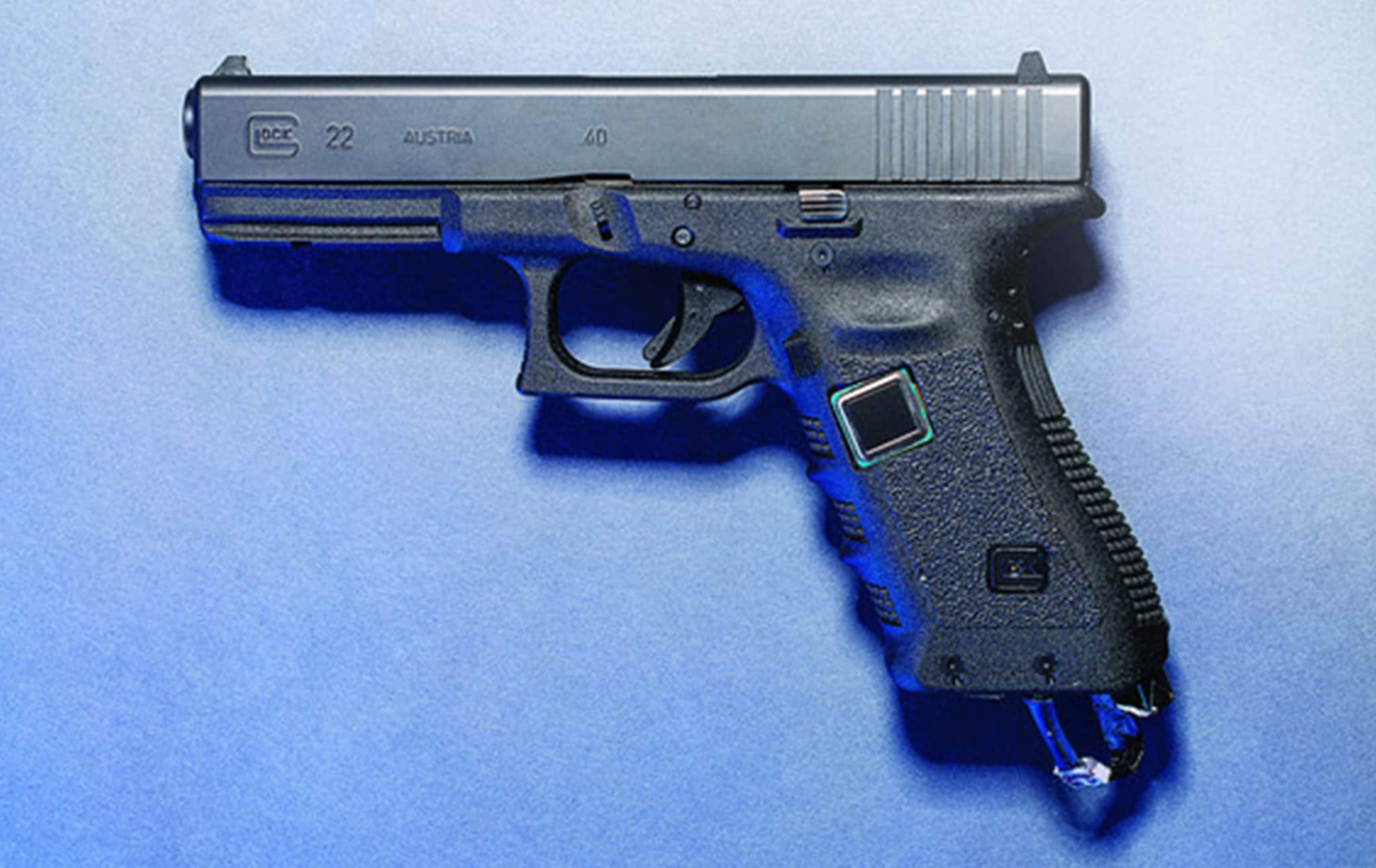 Circuit boards, batteries and a fingerprint sensor are crammed into the grip of the Glock 22. The introduction of these electronic components reduces the Glock’s standard 15-round capacity to only nine rounds.

While the sensor is unable to read gloved or drenched fingers, Kloepfer clarified during an interview with Guns.com that the Biofire gun tackles sweaty hands with no issues.

“Our prototype does work with sweaty hands,” Kloepfer said confidently. “Of course your hands are going to be sweaty if you’re using your firearm in self-defense. That has to work.”

Despite working alongside gun owners who provide him with feedback and advice, Kloepfer still faces an uphill battle against an industry that praises time-tested firearm design over cutting-edge innovation.

“The firearm industry is one which hasn’t changed in a very, very long time,” Kloepfer told the Wall Street Journal. “This is a world where a Model T is competitive with a Tesla. There’s no other market like that on Earth.”

Groups like the National Shooting Sports Foundation have rebuffed smart guns, pointing to the technology’s unreliability as one reason for the push-back, though it has told Guns.com it would not stand in the way of the free market.

“Your iPhone typically now has fingerprint recognition technology. It doesn’t always work. When it doesn’t work you’re inconvenienced,” Larry Keane, senior vice president and general counsel of the NSSF, told the Wall Street Journal. “In a firearm if you’re using it for self-defense, you’re not inconvenienced you’re dead and that’s a real problem.”

Kloepfer’s solution isn’t to change the minds of those convinced his design is flawed, but rather to grab the attention of a younger generation of shooters just now gaining the ability to legally own guns. Kloepfer simply hopes to fill that void.

“I think this is going towards the direction of the new gun owners, the new people who grew up around firearms and are now purchasing firearms for the same time, and who are looking for the same things they look for in a smartphone.”

The debate over smart guns is not just one of technology. It also centers around complicated politics, with anti-gunners and pro-gunners engaging in a technology tug-of-war.

As politicians push the tech as a means of gun control, Second Amendment supporters seek to prevent companies from making headway in the smart gun sector effectively cutting off the head of the movement.

For his part, Kloepfer passionately objects to smart gun legislation preferring buyers choose his gun on its merits alone.

“I’m strongly opposed to mandates or requiring smart guns. They don’t apply to every gun owner. They might work great for someone who uses a firearm in the home for self-defense and doesn’t really take it outside much. A smart gun, or at least my smart gun, isn’t going to work well for a hunter for example that are out in a muddy swamp,” Kloepfer told Guns.com. “It’s not a tech I see forcing on anybody. It’s something that should be an option…just like whether you choose to buy a Sig or a Glock you can choose to buy a smart gun or not buy a smart gun.”

The Biofire Technologies smart gun is still in development, though Kloepfer is hopeful he’ll move into the production phase in the next year to year and a half.