Feds make progress on nationwide use of force database 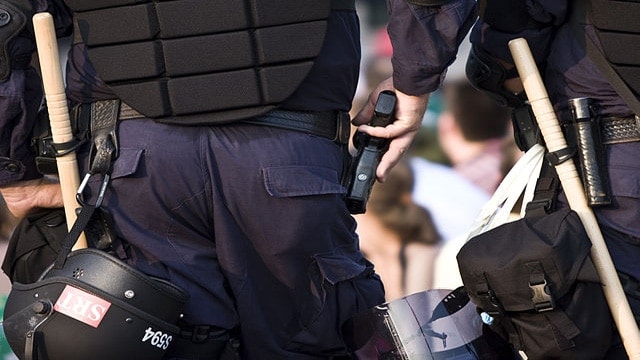 Attorney General Loretta Lynch announced Thursday the Department of Justice’s progress in creating a national “use of force” database.

The database, a response to the 2014 Death in Custody Reporting Act, will track uses of force by law enforcement officials nationwide as way to enhance community-police relations.

In a statement issued Thursday, Lynch called accurate and comprehensive data on the subject “essential” to an informed discussion on community-police relations.

“The initiatives we are announcing today are vital efforts toward increasing transparency and building trust between law enforcement and the communities we serve,” Lynch said, adding the Justice Department will work alongside other departments to ensure the program is up to snuff.

Congress passed the DCRA amid ongoing civil unrest spurred by police-involved shootings of unarmed civilians. Yet, the law only requires state and federal agencies report on lethal uses of force. Lynch said the FBI launched the comment period Oct. 5 for a pilot program, called National Use-of-Force Data Collection, to gather input on a public database of both fatal and non-fatal police incidents resulting in “serious bodily injury.”

The FBI defines serious bodily injury as involving “a substantial risk of death, unconsciousness, protracted and obvious disfigurement, or protracted loss or impairment of the function of a bodily member, organ, or mental faculty.” The database will collect how these injuries were sustained — either by use of a firearm, hands, feet, fist, canine, taser, pepper spray, explosive device, baton, impact projectile or a blunt instrument.

States and federal law enforcement agencies submitted the first year of lethal use-of-force reporting as required under the DCRA to the Bureau of Justice Statistics on Sept. 30.

Lynch said Thursday she sent a memorandum to all participating agencies reminding them of the reporting duties under federal law.