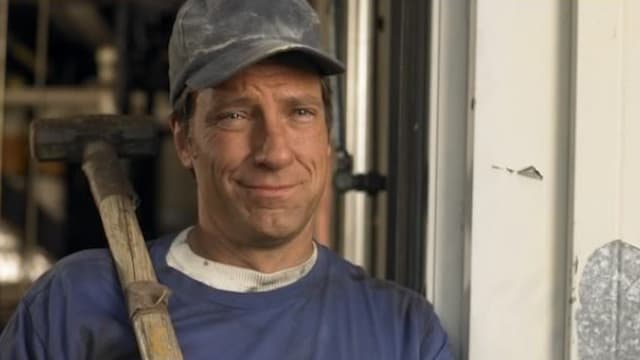 Former “Dirty Jobs” host Mike Rowe will helm the State of the Industry Dinner for largest gun trade show in the country.

The National Shooting Sports Foundation’s SHOT (Shooting, Hunting, Outdoor Trade) Show has been going on since 1979 and the coming event will be, as in many past, in Las Vegas, Nevada at the Sands Expo Center in January 2017. With attendance expected to be north of 60,000, SHOT is the most anticipated trade show for the gun industry.

On Monday, NSSF announced that the coming show’s headliner for their annual industry dinner during the SHOT will be television host, humorist, commentator and advocate for the working man, Mike Rowe.

Rowe left his career as a professional opera singer to work in television, coming to national attention in the Discovery Channel series Dirty Jobs and narrator of Deadliest Catch before appearing on Somebody’s Gotta Do It on CNN.

Rowe has in the past dropped some serious pro-gun wisdom in comparing modern man to a “man’s man,” his thoughts on mass shootings, appearances on popular YouTube gun channels, and his preparedness to fight drones naked while armed with a Mossberg shotgun.

“We’re thrilled to have Mike Rowe speak at our annual State of the Industry Dinner, and it’s not hard to see why,” said Chris Dolnack, NSSF senior vice president and chief marketing officer in a statement. “He is a champion of hard work, fairness and common sense; he has worked tirelessly as an advocate of America’s blue-collar worker; and his philanthropic efforts to put people back to work in skilled jobs have resonated from America’s big cities to its heartland.”

The dinner has proven controversial for some in recent years. In 2014, after a brief campaign by minor gun control groups, comedian Jay Leno crawfished on a scheduled appearance, calling it “a mistake.”