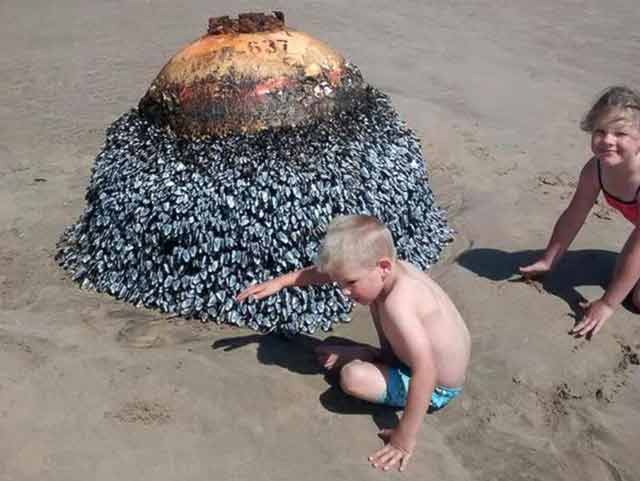 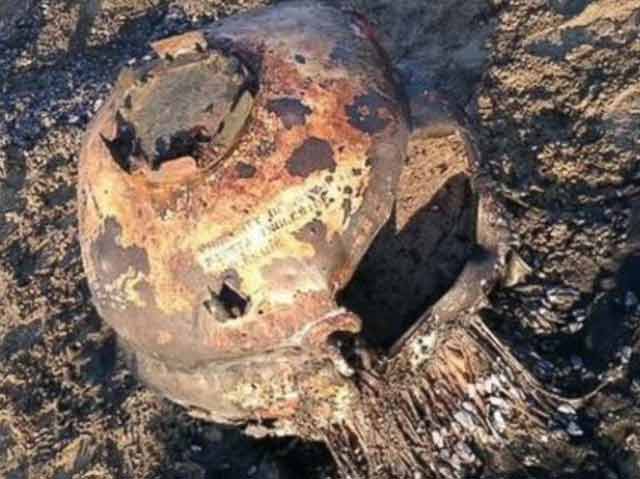 A family on vacation in Burry Port, Wales, thought nothing of letting their children play with what they thought was a washed up buoy on the beach, but it wasn’t until some time later they discovered it was no buoy after all. In fact, the object turned out to be an unexploded bomb from World War II.

Kelly Gravell said when they first found the object, she even made a joke about it being a bomb, but she was far from serious, honestly believing that it was just a buoy. Gravell’s two kids played with it and her 4-year-old son even knocked on it a bit. Gravell admitted they were all more fascinated by the barnacles on it more than anything else.

When the family returned home, Gravell posted pictures of her kids playing with the object on Facebook and didn’t give it another thought. But a few days later, officials announced a bomb was discovered on the same beach where the family had vacationed. A friend of Gravell, who had seen the pictures on social media, made the connection.

Authorities safely detonated the bomb, and Gravell said next time they’ll give it a second thought before messing with something like that.