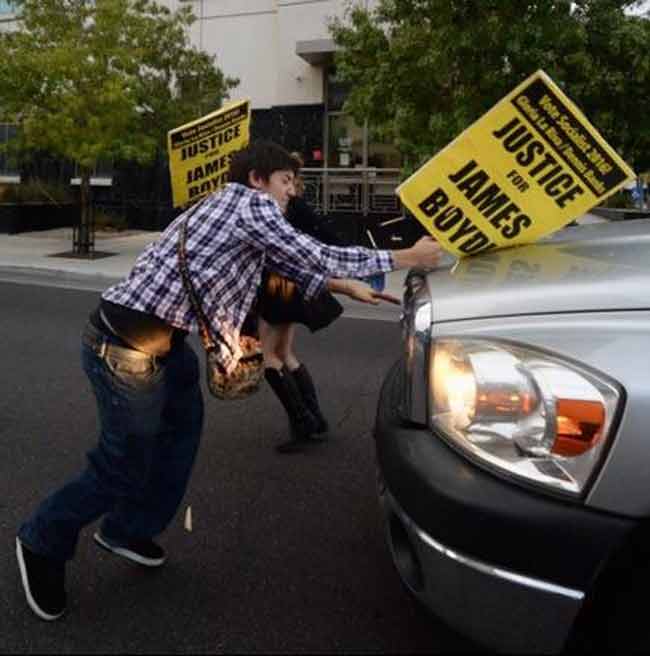 A 26-year-old man was arrested Monday for the part he played in a violent attack on innocent bystanders during a protest in Albuquerque last week.

Protests broke out in the city after the jury was hung concerning the murder cases of two officers involved in the March 2014 shooting death of James Boyd, a homeless man with a history of mental illness and violence who was killed while camping in the Sandia foothills.

The incident concerning the protesters unfolded as the victim and his girlfriend were going out for dinner the evening of Oct. 12. Unbeknown to the victim, protesters gathered on a street on which he had planned to drive. But when the victim realized what was happening, he quickly tried to remove himself from what he perceived as a potentially volatile situation.

According to a statement from the Albuquerque Police Department, the driver said the protest “appeared to be violent.” The man immediately tried to get out of the area, but was met by angry protesters who blocked his car and yelled obscenities. The man told police that within moments his vehicle was surrounded and he began to fear for the safety of himself and his girlfriend.

The driver continued to creep forward, hoping to get to safety, but two of the protesters started striking the victim’s car. In fact, one of the protesters, who was later identified as Benjamin Thomas Imbus, struck the vehicle so hard that it broke the sign he was holding. 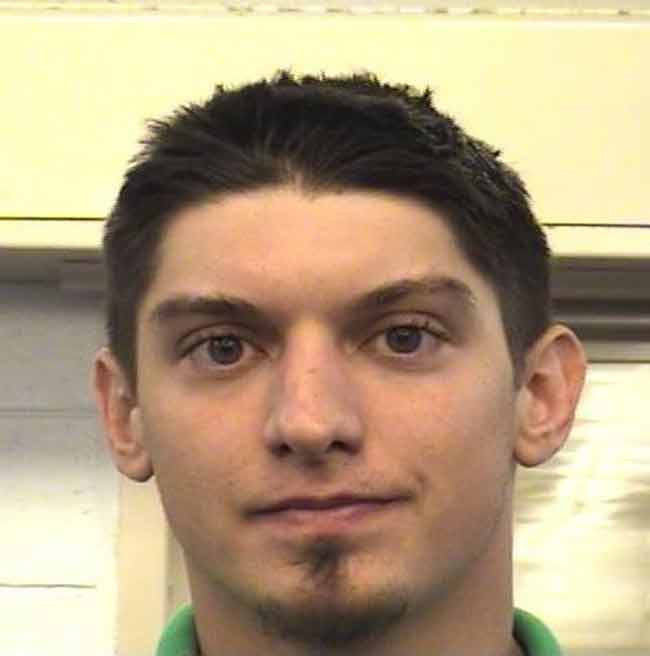 The victim became increasingly concerned about he and his girlfriend’s safety, pulled a gun, and aimed it at Imbus. But still, Imbus continued to strike the hood, windshield and driver’s side door of the man’s vehicle, causing several thousand dollars worth of damage.

Eventually, the victim saw an opportunity to get out of the crowd and sped away. Neither he or his girlfriend were injured.

Imbus, who is a teacher at John Adams Middle School in Albuquerque, was arrested and charged with criminal damage to private property and other misdemeanor charges. He is currently on leave without pay.