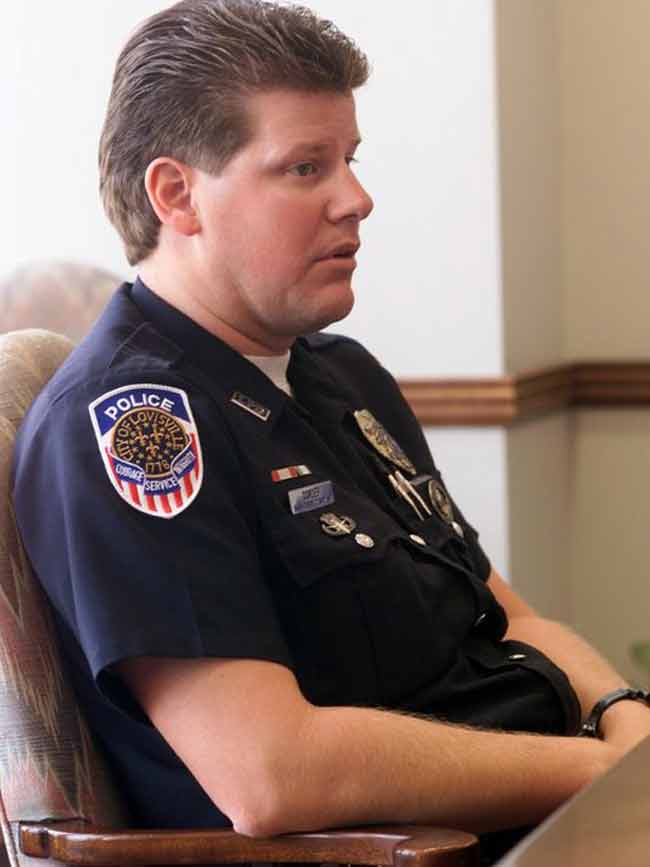 A former Kentucky deputy with the Bullitt County Sheriff’s Office will spend more than two years in prison after he was found guilty of civil rights violations stemming from an October 2014 incident.

Matthew Corder, of Louisville, was sentenced to 27 months for “willfully depriving a county resident of his constitutional rights,” the Department of Justice announced Monday.

The entire incident erupted after Corder blocked the driveway to the victim’s home while answering an unrelated call. The victim described Corder as “lingering” after responding to the call and he eventually insulted the officer by telling him to “fuck off.”

Evidence presented to the court showed Corder, who was with the force for nearly 20 years, abused his authority and used his position to carry out an act of retaliation against the man for insulting him. After Corder unlawfully entered the man’s home, the victim was tazed and arrested for crimes which he did not commit.

The victim, who spent several weeks in jail, was charged with disorderly conduct, fleeing and evading and resisting arrest. The charges were later dismissed, but by that time, the man had already lost his job as a result of the arrest. After losing his job, the man also eventually lost his home.

Principal Deputy Assistant Attorney General Gupta said Corder’s actions “undermined the integrity of the justice system in Bullitt County” and abused the trust of the public.

“Every day, the vast majority of law enforcement officials work tirelessly and honorably to keep communities safe yet those who flout the law do a disservice to their colleagues and their profession,” Gupta added, while ensuring that officers who violate individual’s civil rights will be held accountable for their actions.

“As they serve and protect, police are entrusted with immense power and authority,” said U.S. Attorney John E. Kuhn Jr. “And it is absolutely critical that their power and authority be used lawfully and responsibly. Matthew Corder abused that authority, and today he is held to account.”