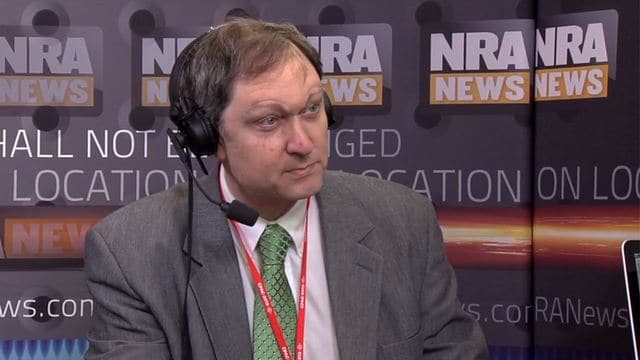 A “coding error” caused the dramatic spike observed in Tennessee’s accidental gunshot death reports for 2014, according to the Centers for Disease Control website.

But CDC health officials wouldn’t even know about the mistake if Dr. John Lott, economist and author of “The War on Guns,” hadn’t brought it to their attention.

“I’m responsible for finding that out,” he told Guns.com during an interview Monday. “No other place in the south, or in the whole country, had this big increase in accidental deaths.”

Lott founded the Crime Prevention Research Center and is a favorite among gun rights group for his research linking lower crime rates to concealed carry laws. Gun control advocates pan his expertise and remain critical of his research methodology, featured in other best-selling books “More Guns, Less Crime” and  “The Bias Against Guns,” among others.

The original data, released last month, reportedly showed Tennessee’s accidental firearm fatalities jumped from ninth in the nation in 2013 to the number one spot a year later. Some 105 people died in accidental shootings in 2014 compared with 19 the year before, according to the CDC.

The number outraged gun violence prevention groups, such as The Safe Tennessee Project, who blamed the dramatic spike on lax gun laws.

“Legislation could make such effective strategies as gun-safety locks, smart guns, or gun safes as common as seat belts are in cars,” said Jonathan Metzl, research director for the Safe Tennessee Project, in a Sept. 14 statement. “This data truly should be a wake-up call for lawmakers on both sides of the aisle.”

Lott said he immediately questioned the data and wondered if a change in medical examiners or re-classification of suicides and accidental deaths could be to blame. “I just haven’t seen anything of that magnitude before,” he said.

A week later, Tennessee Deputy Commissioner for Population Health Dr. Michael Warren retracted the number, announcing instead only five people had died in 2014 from accidental shootings — a 15-year low for the state.

While the CDC’s explanation for the error remains limited, the agency said the problem is “not technically isolated to any particular state,” though data from Tennessee and North Carolina appears to be more affected than others.

“Results for 2014 unintentional firearm deaths should be interpreted with caution,” the agency warns in an Oct. 7 message posted to its website.

“You would think it would be easy … but obviously it’s much more nuanced and complicated,” she said.

Lewis said media outlets often misreport the circumstances around supposed-accidental shootings — which often turn out to be murders — while medical examiners use a specific set of standards to classify a death as truly an accident, versus a suicide or homicide.

Personal relationships can also impact a final determination of cause of death, too, she said.

“For the county medical examiners who are there, maybe in a small rural county … know the families of the people who are dying of gunshot wounds, … there is a stigma attached to suicide and they don’t want to call it a suicide,” Lewis said, per Nashville Public Radio.

In a broader context, Lott said the CDC and FBI established national reporting standards to avoid this sort of error, but nothing is fool proof — or immune to political agendas.

“There’s places where politics can interfere with this,” he said. “During the 1980s, there were a number of years when Illinois just refused to properly record crime numbers, so there is data missing. So is it perfect? No, but 98 to 99 percent of the time, they do a good job.”

Lott didn’t speculate on any perceived motive behind Tennessee’s over-reporting error and said it could be an innocent mistake.

CDC officials could not be reached for comment Wednesday.