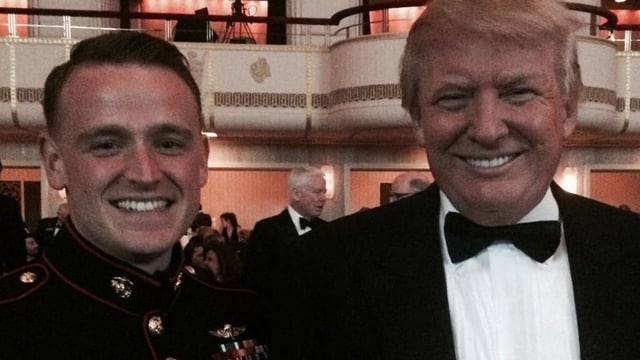 A Marine veteran has raised more than $6.2 million for charity to inspire Republican presidential nominee Donald Trump to release his tax returns, something he’s refused despite public pressure and American custom.

Peter James Kiernan, a 27-year-old activist who served in Afghanistan and in the Marine Raider Regiment, launched the endeavor because of his concern and interest in national security.

“I think that if you have any conflicts of interest, which is the biggest issue for me and for national security, it can be exploited by your adversaries or influence your decisions,” Kiernan told Vice.

Like many, Kiernan, who based his views on events he witnessed during a combat tour, expressed concerns that Trump’s vast business dealings in the U.S. and abroad would influence his policymaking decisions if he were voted into the White House.

For 40 years, it’s been customary for presidential candidates to release their tax returns to show that their finances are not entangled with foreign entities and to prove they’re paying their fair share in taxes.

During a debate with the Democratic nominee Hillary Clinton, Trump claimed he would release his returns once the Internal Revenue Service completed an audit. However, the IRS has long advised there would be no conflict of interest if he released the documents during the audit.

Also, like many, Kiernan speculates Trump is not as charitable as he claims to be, especially to veterans groups. During the primaries, Trump skipped a debate because he said he was raising money for veterans; he said he personally gave $1 million to veterans groups, but journalists looking into the matter learned he had not.

“To be clear, raising and donating this money to veterans groups will not cost a penny to Donald Trump, just the release of his tax returns,” Kiernan’s campaign said in a statement. “So what do you say Mr. Trump, can you walk away from this deal?”