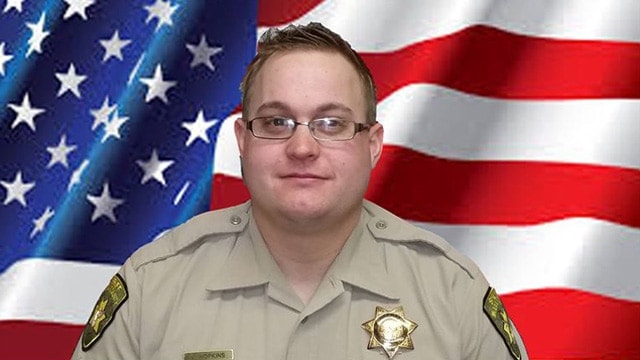 Deputy Jack Hopkins, 31, was not married and did not have any children, but left behind an extended family and coworkers who will miss him dearly. (Photo: Modoc County Sheriff’s Office)

A deputy with the Modoc County Sheriff’s Office was shot and killed while responding to a disturbance call Wednesday morning about 10 miles outside of the northern California town of Alturas.

Although authorities at this point have not released many details about the incident, the Modoc County Sheriff’s Office confirmed in a statement that Deputy Jack Hopkins, 31, was killed.

Hopkins was responding to the call around 10:30 a.m., but another call soon came in concerning an officer involved shooting. It is not known at this time if the second call came from Hopkins or someone else.

Within half an hour of the initial call, authorities had the scene secured and the suspect in custody. Hopkins, however, succumbed to his injuries and passed away.

Residents of the rural town were shocked to hear about the incident.

“Things like this don’t happen in the community,” Miguel Castro, 55, who owns a burger joint in Alturas, told reporters.

The Modoc County Sheriff’s Office said they are “overwhelmed with the outpouring of support and generosity,” and asked for continued support, prayers and respect for the law enforcement and first responder families.

“This line of duty death once again reminds us all that the courageous and dedicated will continue to respond, in spite of the danger that exists,” the Los Angeles County Sheriff’s Department said in a statement expressing their condolences “for yet another loss.”

Hopkins was the fourth officer in California to be killed in the line of duty in the last two weeks and the 46th in the country to be killed by gunfire this year.

According to the Officer Down Memorial Page, an organization dedicated to tracking law enforcement deaths, the number of police fatalities this year so far has declined by one percent, but the number of officer deaths from gunfire is up more than 50 percent from last year.