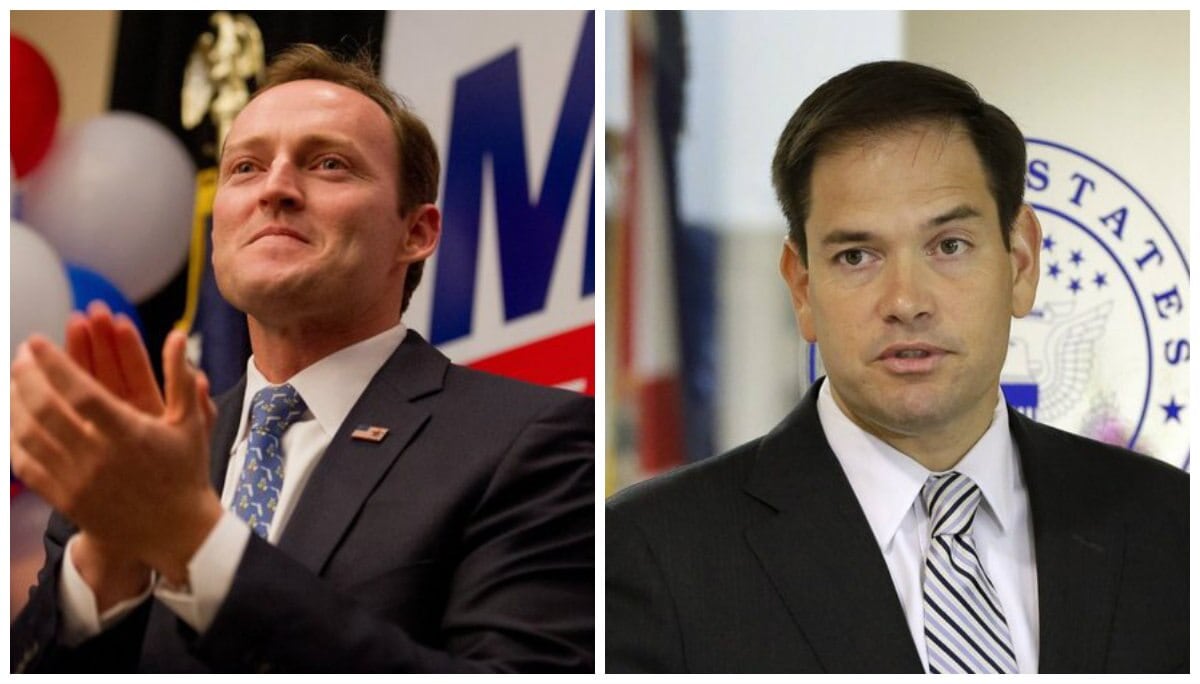 U.S. Rep. Patrick Murphy is challenging U.S. Sen. Marco Rubio for his seat in what could be a pivotal fight for control of the Senate. (Photo: TCPalm.com)

Democrats need to hold their own and pick up four seats to control the U.S. Senate, and the race between incumbent Marco Rubio and challenger Patrick Murphy is one possible tossup.

Control of the Senate is the Republicans’ to lose, defending 24 seats in November while the Dems only have 10 up for grabs. This has drawn attention to embattled GOP incumbents such as Pennsylvania’s Pat Toomey and New Hampshire’s Kelly Ayotte.

In Florida, Rubio suspended his attempt at the White House in March and got into the fight for re-election to his current Senate seat in June. His challenger, Murphy, is a Democrat Congressman representing the south Florida area in Washington since 2013, picking up the seat vacated by Republican stalwart Ileana Ros-Lehtinen after 24 years.

With the latest Real Clear Politics aggregate polling showing the contest to be a four-point race just speeding to election day, Rubio’s re-election is far from assured. One dividing line between the two lawmakers is their stand on guns.

Murphy, who has raised $11 million for his campaign as of August according to the Center for Responsive Politics, has eagerly accepted the endorsement of national gun control groups such as the Newtown Action Alliance, States United to Prevent Gun Violence, and Americans for Responsible Solutions, the latter formed by former U.S. Rep. Gabby Giffords.

“Where Senator Rubio voted to protect the loopholes that let felons and domestic abusers get guns without a background check, Congressman Murphy will be a strong voice in the United States Senate for closing those dangerous loopholes in our laws that put our communities at risk,” said Giffords in a statement earlier this summer.

In the public debate between the two candidates Monday night at the University of Central Florida, Murphy — who has enlisted the mom of an Orlando Pulse shooting victim to speak on gun control — railed against Rubio’s stand on so-called No Fly/No Buy legislation and slammed the incumbent for having the endorsement of the National Rifle Association.

“You think about my opponent, Marco Rubio, who’s taken millions and millions of dollars from the gun lobby,” Murphy said. “Who’s doing their bidding in the U.S. Senate, and that’s shameful.”

Rubio countered that he has proposed legislation of his own to bar suspected terrorist from purchasing firearms and noted that the NRA has not endorsed the measure.

“What’s shameful is your effort to politicize a horrible tragedy for our country,” said Rubio, “which was a terrorist attack by radical Islamist terrorists that we could have defeated had it not been for people like you who continue to support these devastating cuts to our military which you said would make us stronger.”

Rated an “F” by the NRA, Murphy has been the target of a $1.8 million campaign by the gun rights group that has spawned ads attacking the Democrat for weakness .

The Senate Leadership Fund, a super PAC set up with the express purpose of keeping the Senate red and funded in large part by Las Vegas Sands casino magnate Sheldon Adelson, has dropped $10 million into the campaign against Murphy in the fund’s largest expenditure against a single candidate. Since 2010, the Sands Expo center has hosted the annual firearms industry SHOT Show, one of the top 25 trade shows in the country.

Rubio, who has amassed $14 million in support of his campaign, has the endorsement of the NRA who have graded him an “A+” which is their highest rating.