Teenager charged with shooting death of grandparents in Texas 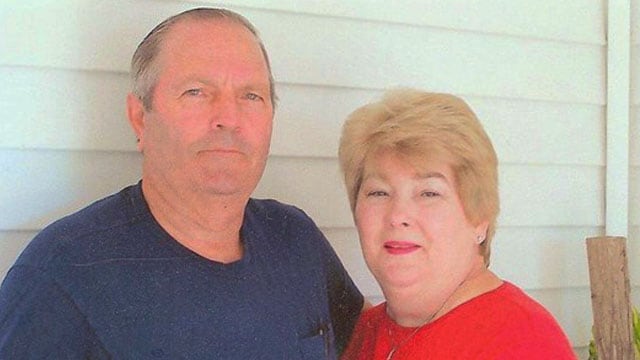 Authorities say Chester and Sandra Bienek had been dead for days when they found them. (Photo: khou.com)

A 14-year-old boy is being charged with capital murder in Texas after his grandparents were found shot to death in their bed Tuesday.

The Chambers County Sheriff’s Office says Chester and Sandra Bienek were shot in the back of the head while they slept. Investigators said they were likely killed on Sunday, and the boy had been living with them for days.

“This is tragic,” said Chambers County Sheriff Brian Hawthorne at a press conference Wednesday. “This has rocked the county, and rocked the community.”

Hawthorne says they aren’t sure of a motive in the case.

Detectives say a .45 caliber handgun was used to kill the couple. They kept the gun in the house, but now it’s missing.

The teen had been living with his grandparents. His school called the home on Tuesday, and the boy, who reportedly has autism, told school officials there was blood on his grandmother. That’s when investigators went to the home and found the couple.

“I assure you that we will monitor ongoing developments regarding this situation,” said Barbers Hill Independent School District Superintendent Greg Poole in a statement. “But the best thing that anyone can do at this time is hug your children and grandchildren and tell them you love them. ”

The boy isn’t being named because of his age and it’s not clear whether he’ll be tried as an adult.