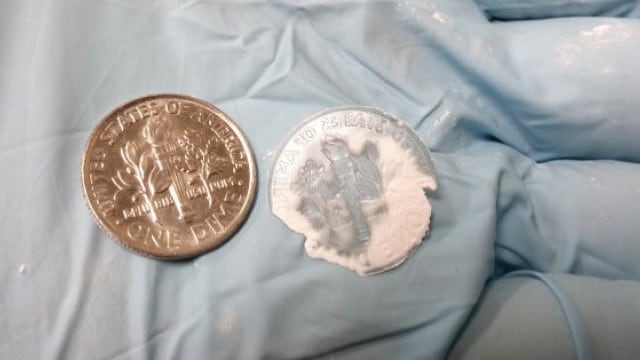 Engineers at Picatinny Arsenal are in the midst of crafting a generation of transparent explosives that can be used on everything from invisible mines to self-destructing optics.

Deep inside the U.S. Army Armament Research, Development and Engineering Center, or ARDEC, at Picatinny Arsenal are engineers Victor Stepanov and Rajen Patel who are busy burning lean muscle tissue into the night to craft what they term “amorphous explosives.”

Accomplished with nanotechnology, the concept is to modify already proven battlefield shaping explosive compounds to create new ones that are clear as glass.

“If you ever seen a glassblower work, they heat the material above its glass transition point (Tg) until the glass softens. Then, the glassblower manipulates the glass, easily molding it before it cools,” said Patel. “Well, with this project, we can basically do the same thing with amorphous energetics: heat them above Tg and manipulate the structure to form complex shapes.”

What would the shapes be used for? Lots of stuff for the next gen warfighter like clear reactive armor for use in detonating anti-tank weapons, optics that can be blown up if they fall into enemy hands– such as on a drone that is lost or shot down– and even invisible mines.

In short, if you want it clear, and to go boom, this tech is key.

Patel says that key to the development is being able to keep it in its amorphous state long-term.

“This is especially true when we talk about its military application, where we could keep something in a bunker for twenty years in a hot desert,” he said.