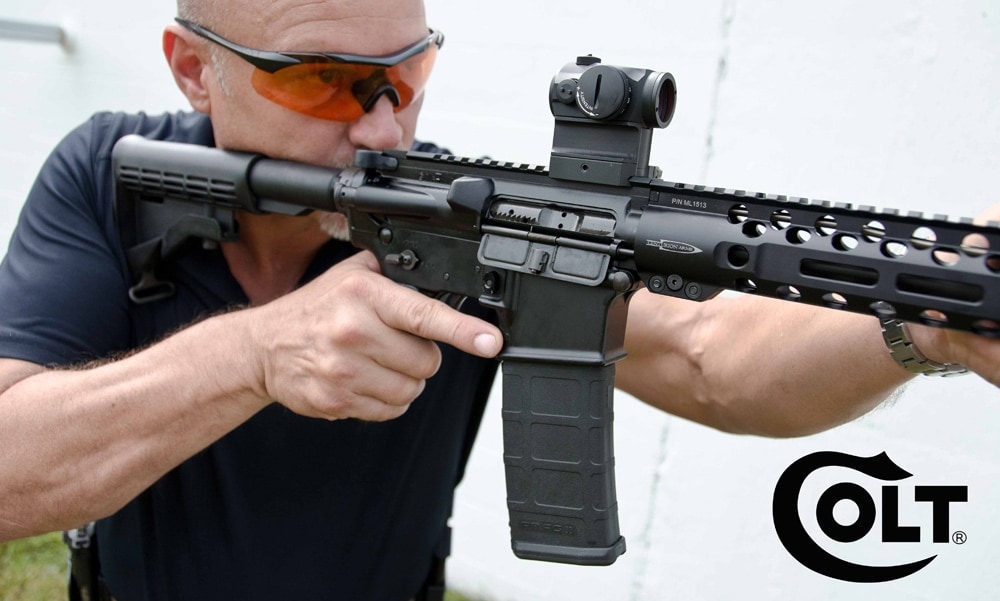 The Colt Combat Unit carbine in the hands of a skilled operator with Popeye-like forearms. (Photo: Colt)

Justin Baldini, Colt’s director of product marketing, says including the feature was a logical step for the gun maker and explained its benefits.

“Shooters will find that by moving the gas block closer to the muzzle as this mid-length gas system does, the felt recoil is more constant with what is fielded by our troops carrying a 14.5-inch barrel M4,” he says.

Yet, the Colt Combat Unit is also a literal unit devised of sponsored shooters and product advisors who helped develop the carbine and tailor it to “more savvy operators, law enforcement, and firearm enthusiasts,” the company says.

In addition to the system, the carbine features a Magpul SL buttstock and pistol grip as well as a MOE trigger guard, and a low profile gas block which allows for the use of its M-LOK capable Centurion CMR free floated fore-end. The Colt Combat Unit carbine retails for $1,299.