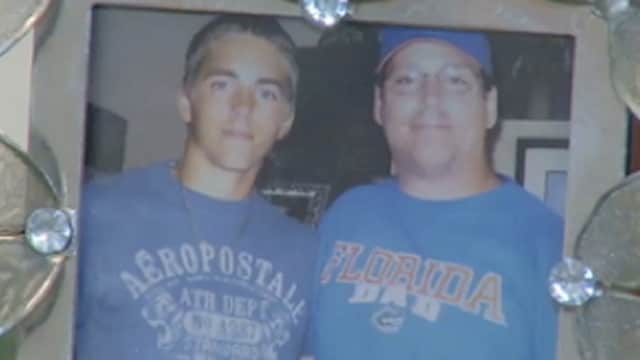 A Florida man was shot and killed by police Thursday morning after he tried to shoot a woman in the head with a shotgun.

The Jacksonville Sheriff’s Office says 29-year-old Jacob DePetris was looking for his ex-girlfriend when he showed up at her relatives’ house. He fired the shotgun through a window in the home before letting himself in just before 7 a.m. Thursday.

A man and a woman were in the home, and they confronted DePetris, who asked them where his ex-girlfriend was.

The two of them ran to the master bedroom while DePetris tried to reload his shotgun, but police say he had trouble. The man ran out of the bedroom and called police and the woman locked herself in the bathroom.

“He had a fully functioning proven weapon that would fire, shooting into the home, and then for some reason, divine intervention, whatever you want to call it, his weapon would not fire again,” JSO Undersheriff Pat Ivey told News4Jax.

The woman ran back inside as DePetris fumbled with his gun and a bottle of liquor.

That’s when Officer Howard Smith arrived at the scene and demanded DePetris drop the gun. Witnesses say he refused, and even appeared to raise the weapon.

Smith fired twice, and DePetris was hit. He died at the scene.

Jacob DePetris’s father, Jimmy DePetris, told News4Jax that his son wasn’t a monster. He says Jacob had a bitter breakup, and his daughter was being taken away from him. He says he found a suicide note in his son’s journal.

Jimmy DePetris says his son called him moments before police arrived and told him he was going to commit suicide by cop.

“(It) made me feel like I didn’t do my job,” Jimmy said. “If he could feel that low, and could feel that — just, like, he doesn’t have a person that loves him in the world.”