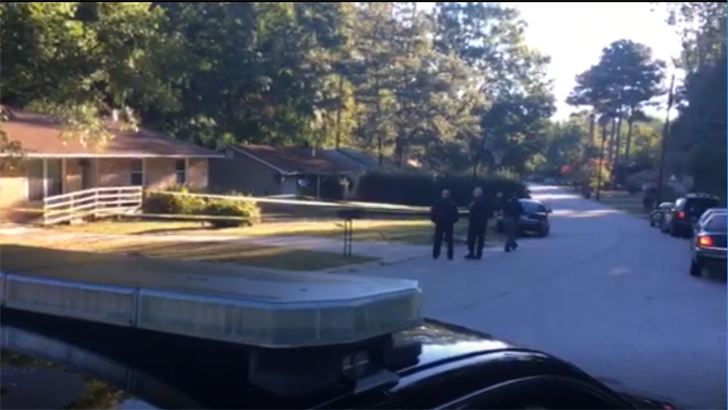 Police are collecting evidence and talking to neighbors to determine why an unknown number of home invaders shot and killed two children inside their home. (Photo: WGCL)

Georgia police are investigating a home invasion that left a 15-year-old boy and his 11-year-old sister dead inside their south Atlanta home early Saturday.

A 911 call placed by another child in the home around 5 a.m. alerted authorities. When they arrived they found signs of forced entry and the two kids shot dead. Each child had been shot “at least once” according to police.

Officers said there were several children, some as young as 6-years-old. The children’s parents were not home at the time, but have been located and are fully cooperating with police. They are not listed as suspects in the investigation.

Clayton County police Sgt. Ashanti Marbury told NBC News that officers are working tirelessly to locate the shooters and bring them to justice.

“They’ve executed a search warrant at the residence to see if they can locate any additional facts or anything that might have been left behind,” Marbury said. “They’re working really hard to do whatever they can because we really want to solve this case. Every case is important to us, but when you have children, it kind of ramps up the investigation a little bit.”

According to neighbors, the family has lived in the home for 2-3 months.