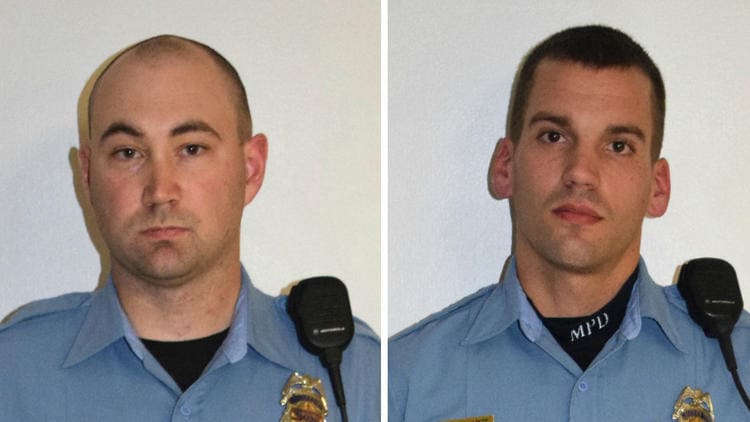 Minneapolis Police Chief Janee Harteau told reporters that an internal investigation cleared the officers and found they were warranted in using deadly force against the 24-year-old African-American man.

“These officers did not dictate the outcome of this incident. This was an outcome no one wanted,” Harteau said during a news conference. “But I have concluded the use of deadly force in the line of duty was necessary to protect an officer from apparent death or great bodily harm.”

In November of last year, Officers Mark Ringgenberg and Dustin Schwarze responded to a call of a possible assault when they first encountered Clark. According to them, Clark was interfering with paramedics as they attended to an injured woman. Ringgenberg and Schwarze tried handcuffing Clark, but a violent scuffle ensued. Clark was ultimately shot in the head after Riggenberg called out that Clark had a hand on his gun.

A local prosecutor, the FBI and the U.S. attorney stepped in to evaluate the officers’ actions. However, insufficient evidence led all three entities to clear them of any wrong-doing.

In defending her decision, Harteau said a Bureau of Criminal Apprehension report determining Clark was not handcuffed and that his DNA was found on Ringgenberg’s holster and gun meant the officers were in a dangerous situation that justified deadly force.

“I can say with absolute certainty that I support the actions of Officers Ringgenberg and Schwarze the night of Nov. 15,” Harteau said in her statement.

Prior to speaking to reporters, Harteau met with Clark’s biological mother, Irma Burns, and sister Danielle Burns at City Hall. The three spoke for 25 minutes before attorneys for the family cut the meeting short, saying they’d heard enough.

One of the family’s attorney, Albert Goins, told The Minneapolis Star Tribune that Clark’s mother became emotional during the meeting, exclaiming, “My son is dead — who do I go to for justice?”

Goins said the outcome has been hard on the family who is disappointed and shocked by the decision not to prosecute or discipline the two officers.

“To say they couldn’t find any policy violation verges on the absurd,” Goins said.

Goins pledged to seek justice and said the family will push forward with a civil suit against the officers.