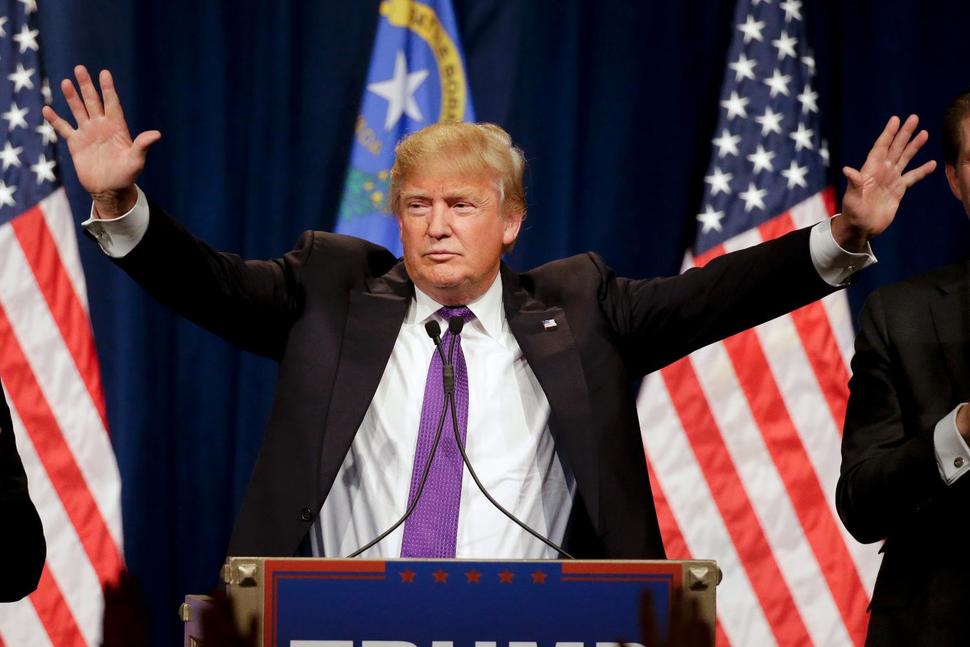 It’s only Trump’s fourth editorial endorsement thus far and the first major newspaper to publicly support the controversial candidate since he secured the 1,237 delegates needed to clinch the party’s nomination in May.

By comparison, 80 of the country’s largest newspapers endorsed Democratic candidate Hillary Clinton, six chose Libertarian Gary Johnson and a handful — including the historically neutral USA Today — have argued specifically against Trump without offering an alternative. Some of Clinton’s endorsements come from newspapers who’ve broken, in some cases, a century-old tradition of backing Republicans.

While many of those editorial boards balk at Trump’s temperament and his comments regarding women, immigrants and minorities as top reasons to disavow the Republican candidate, the Review-Journal writes the “barrage of unceasing vitriol” against Trump stems instead from a fear among the political class “intent on preserving their cushy sinecures.”

“An administration promising hope and unity instead brought division,” the board said. “Yet Hillary Clinton promises to lead us down the same path. She’ll cuddle up to the ways and perks of Washington like she would to a cozy old blanket.”

The board argues Trump’s commitment to nominating conservative Supreme Court justices means more than the “social media sideshows and carnival clatter” Democrats use to smear his campaign and distract voters. They fear Clinton’s liberal nominees would wreak havoc on the Constitution, specifically eroding the First, Second, Fifth, Ninth and Tenth amendments.

“Mr. Trump prefers nominees who recognize the Constitution’s checks on federal authority as a bulwark against tyranny,” the board said. “Mrs. Clinton would be a disaster in this regard.”

The New York Times and the Washington Post tied the endorsement to the Review-Journal’s new owner, top Republican donor and casino magnate Sheldon Adelson, who bought the paper for $140 million last year. He donated $5 million to Trump’s campaign in May and $40 million to Republican congressional candidates nationwide.

“Opponents are absolutely correct in that the measure would restrict activities that today are legal, such as lending someone a firearm to try out or giving guns to another person for safekeeping,” the board said. “Guns can be shared with family members or while in sight of the owner without checks, but other transfers would be illegal without them. Frankly, though, not loaning out guns or finding legal methods for storing them seem like small sacrifices in the name of preventing guns from getting into the wrong hands.”

The Las Vegas Review-Journal editorial board doesn’t see it that way, noting the opposition of “a long list of law enforcement” suggests Question 1’s attempt to thwart criminals is flawed.

“While the impulse here is understandable, it’s unclear whether this wide-reaching measure would have any discernible effect on crime or whether it would simply saddle law-abiding citizens with more burdens and costs,” the board said in a separate editorial published Friday. “Gov. Brian Sandoval has come out against Question 1, as has the attorney general and many county sheriffs in the state. It’s hard to believe that such a long list of law enforcement officials would oppose the proposal if it were actually an effective means of keeping guns out of the hands of criminals. Vote no on Question 1.”