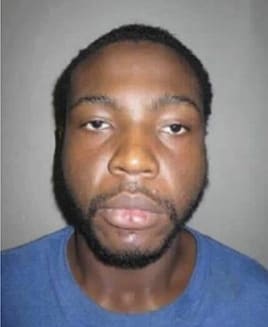 The U.S. Marshals Task Force out of West Virginia is asking for the public’s assistance in locating a fugitive wanted for attempted murder.

Shane “Mitch” Bradley, of Martinsburg, West Virginia, is believed to be connected to a September 2015 shooting at a residence in which cocaine, in an amount consistent with distribution, was discovered.

Bradley is described as a 25-year-old black male, 6-foot-5 and weighing about 220 pounds. He has black hair, brown eyes and a tattoo on one of his hands that reads “Works with Numbers.”

Authorities have reason to believe Bradley may have had a child with a woman who goes by the street name “Panda” sometime over the past year.

Anyone with information on Bradley is asked to contact the U. S. Marshals Service Mountain State Fugitive Task Force at (304) 267-7179.